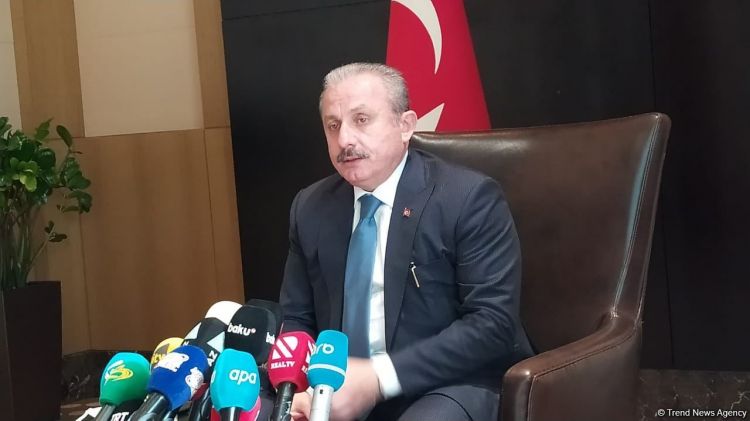 The shelling of the border districts of Azerbaijan by Armenia is a threat to the security of the region, Chairman of the Grand National Assembly (Parliament) of Turkey Mustafa Sentop said, media  reports.
Sentop made the statement during a conference in Azerbaijan's Ganja city on July 28.
According to the Parliament chairman, Armenia's actions can lead to a regional war.
He also stressed that Turkey has always supported Azerbaijan.
“During the 44-day Second Karabakh War, I was in Baku. Turkey was supporting Azerbaijan during the war. We visited Ganja, visited local residents who were injured as a result of missile attacks on the city in order to show draw the attention of the world community to the crimes committed by Armenia against civilians,” Sentop said.