China interest in Afghanistan could be 'positive', says US Blinken | Eurasia Diary - ednews.net

China interest in Afghanistan could be 'positive', says US Blinken 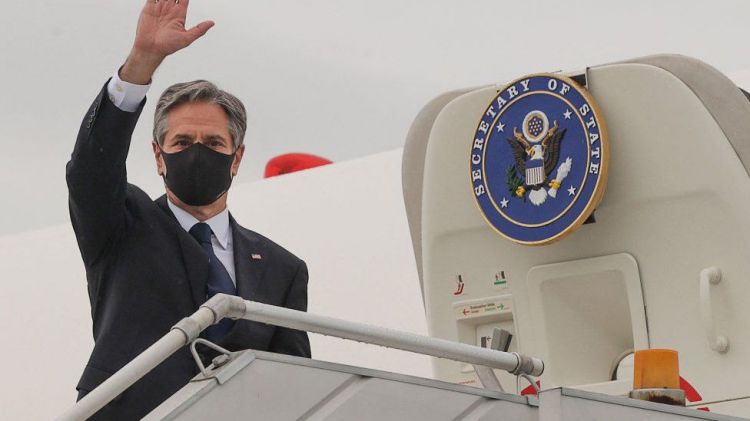 US Secretary of State Antony Blinken has said China's possible involvement in Afghanistan could be "a positive thing".
He said this was if China was looking towards a "peaceful resolution of the conflict" and a "truly representative and inclusive" government.
His comments came after Taliban representatives visited China.
China said it saw the Taliban playing an important role in the peace process and rebuilding of Afghanistan.
"No one has an interest in a military takeover of the country by the Taliban, the restoration of an Islamic emirate," said Mr Blinken, who was asked about the talks while on a visit to India.
He urged the Taliban to come to the "negotiating table... peacefully".
Nine Taliban representatives had on Wednesday travelled to Tianjin for the talks.
In a tweet, the Taliban spokesperson said China had "reiterated its commitment of continuation of their assistance with Afghans and said they will not interfere in Afghanistan's issues but will help to solve the problems and restoration of peace in the country."
In a statement, China's foreign ministry said it would pursue a policy of "non-interference" in Afghanistan's internal affairs.
"The hasty withdrawal of the United States and NATO troops from Afghanistan actually marked the failure of the U.S. policy towards Afghanistan, and the Afghan people have an important opportunity to stabilize and develop their own country," it added.
Violence has increased in Afghanistan, with the Taliban taking control of large swathes of the country, as the US withdraws its troops ahead of a September deadline.
The high-level meeting in China suggests the Taliban is being recognised on an international stage as a major political force.