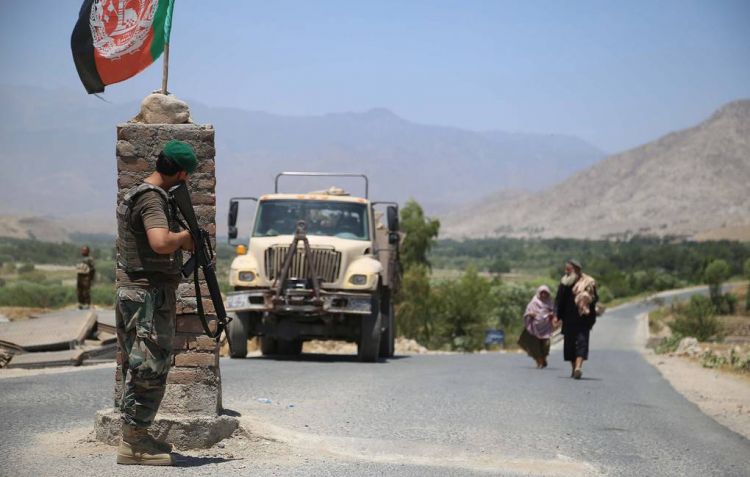 Dialogue between Moscow and Washington on the Afghan peace process is moving forward in a positive manner, Russian Special Presidential Envoy for Afghanistan and Director of the Russian Foreign Ministry’s Second Asian Department Zamir Kabulov said at an online briefing on Thursday.
"Russia’s dialogue with the US [on Afghanistan] is developing positively on the whole," he said.
Kabulov noted that Russian and US interests in the Afghan settlement generally coincided. "We proceed from the understanding that no one is interested in Afghanistan becoming a safe haven for international terrorism once again. That affects, first and foremost, the Afghan people itself and the entire world around it. In this sense, our goals coincide," he stated.
The senior diplomat also stressed that the US troop pullout from Afghanistan was no longer a pressing issue, since the bulk of the American military servicemen has left that country. "Russia is interested in seeing calm in Afghanistan, and for it to be independent from anyone, autonomous, moderately self-sufficient and neutral state."
On April 14, US President Joe Biden said that he had decided to end the operation in Afghanistan, which became the longest overseas military campaign in American history. The US began that war in October 2001. The American troop withdrawal kicked off in May and the White House expects the pullout to be completed by the end of August.