US Secretary of State Antony Blinken said on Thursday that nuclear talks with Iran "cannot go on indefinitely" but that Washington was "fully prepared" to continue negotiations. 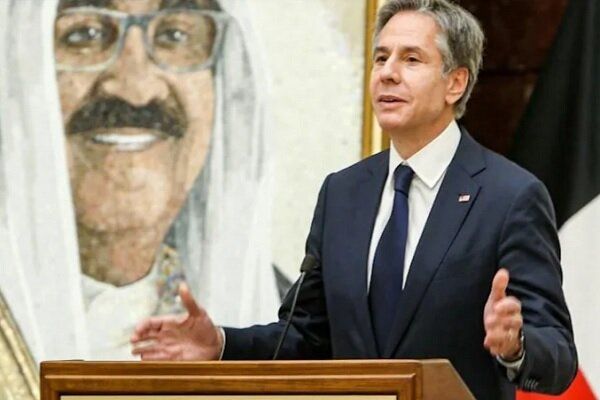 "We're committed to diplomacy, but this process cannot go on indefinitely... we look to see what Iran is ready to do or not ready to do and remain fully prepared to return to Vienna to continue negotiations," Blinken claimed during a visit to Kuwait on Thursday according to AFP.
"The ball remains in Iran's court," claimed Blinken.
Iran held six rounds of talks with JCPOA participants known as the P4+1 with the aim of salvaging the JCPOA in the Austrian capital of Vienna. Tehran has repeatedly insisted that it would resume full compliance with the deal after the full removal of the sanctions that the previous US administration under Trump illegally imposed after its unilateral and illegitimate withdrawal from the JCPOA in May 2018.
The current US administration has not yet fulfilled the promises Joe Biden made during his presidential elections campaigns to undo Trump's actions and return to the deal. In the meantime, Tehran has also stressed that the Biden administration's return to the agreement without lifting the sanctions is not important at all.
The Leader of the Islamic Revolution of Iran Ayatollah Khamenei said yesterday that the Western powers cannot be trusted in the nuclear talks.
The Leader said the incumbent President Rouhani's administration's fruitless nuclear talks with the Western power showed that pinning hope on them was wrong.
Ayatollah Khamenei said it has been proven futile to expect the Americans to lift the anti-Iran sanctions, noting that they have not taken one step forward to do so.
He further noted the Americans have refused to guarantee that they will not violate the JCPOA again.