China landed on the moon and found water in dirt and rocks
Read: 245

Sentences were for 2 separate cases involving killing of police officers 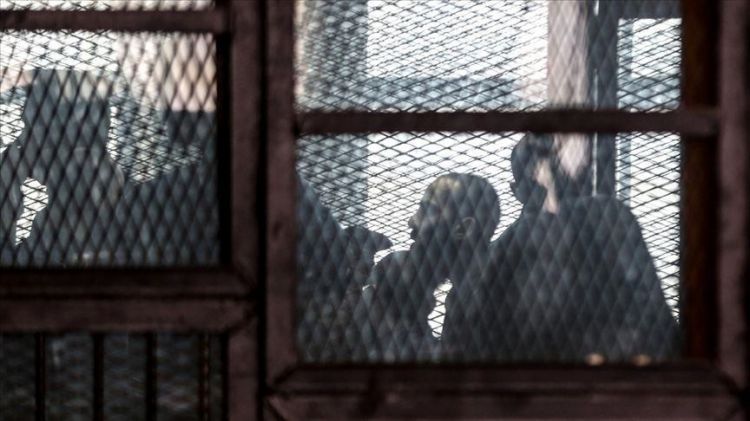 An Egyptian court on Thursday sentenced 24 members of the Muslim Brotherhood to death in two separate cases involving the killing of police officers.
The state-owned al-Ahram newspaper said the Damanhour Criminal Court ordered the death penalty for 16 defendants affiliated with the Muslim Brotherhood, including Mohamed Sweidan, a regional leader of the organization, for their involvement in the bombing of a police bus in Rashid city in Beheira governorate in 2015.
Six of the defendants were tried in absentia.
The daily added that the blast killed three police officers and wounded 39 others.
The same court also handed down the death penalty to eight Muslim Brotherhood members, including two in absentia, who were accused of killing a police officer in December 2014 in Ad Dilinjat city in Beheira.
The case was dropped for three of the defendants due to their deaths.
The newspaper, however, did not clarify whether the verdicts are final or can be appealed.
However, the Shehab Organization for Human Rights, which is outside Egypt, said the verdicts are final as they were issued by an emergency court.
There are no exact figures for death penalties issued in Egypt this year except for 10 handed down in April and those upheld against 12 Muslim Brotherhood leaders over the Rabaa sit-in dispersal case in 2013.
In February 2019, Egyptian President Abdel Fattah al-Sisi defended the death penalty at a summit between Arab and European states.
Following the ouster of former Egyptian President Mohamed Morsi in 2013, Egyptian authorities persecuted Muslim Brotherhood members and leaders and outlawed the group.