The “Three Brothers – 2021” exercises enhances the mutual confidence between the armies of Azerbaijan, Turkey and Pakistan - Expert
Read: 442

Caspian countries to be united by "green diplomacy" 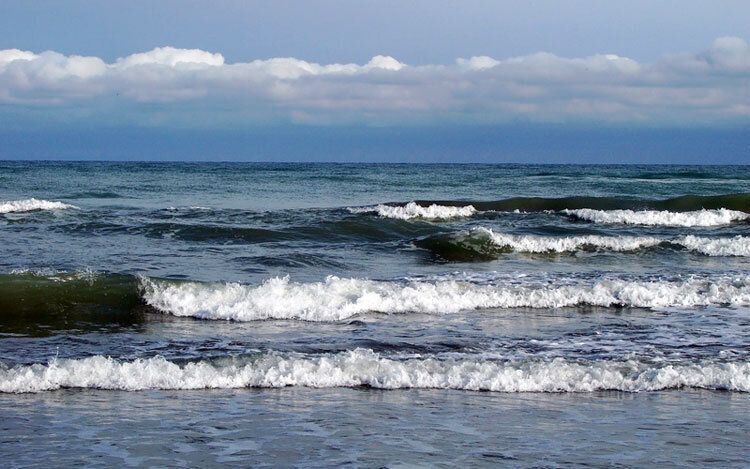 The environmental and climate agenda will become one of the main ones at the Second Caspian Economic Forum, which will be held in Moscow in the autumn of 2021, Eurasia Diary reports citing Trend.

International round table entitled ‘Solving the ecological problems of the Caspian Sea’, organized by the ‘North-South’ Political Science Center jointly with Trend News Agency and the Baku Network analytical expert network, was dedicated to this topic.

The discussion aimed at expert preparation of the upcoming forum focused on the interweaving of environmental issues with politics, the relationship of which has become almost inseparable in recent years.

Chairman of the Russian Ecological Society, Rashid Ismayilov, opened the discussion and said that the environmental, or rather, the climate agenda today turned out to be deeply integrated into political processes.

“Based on ambiguous climatic conclusions, strategic documents of states are being developed, especially, the EU is adopting a new carbon regulation, which, in my opinion, is a new tool of pressure on Russia,” Ismayilov added.

Domestic business, in order to comply with the new regulation, will be forced to invest in climate projects, but will these projects be counted in the EU? This is a big question. And from this point of view, it seems important to develop the so-called green diplomacy in order to be able to resolve all emerging issues outside the official agenda and effectively respond to the challenges of a new, climate-focused economy.

Ismayilov was supported by the moderator of the round table - Deputy Director General of Trend News Agency Gulnara Mammadzade, who stressed that the politicization of the climate agenda gives rise to the need for the Caspian countries, each of which is an oil producer, to develop a common agenda to protect their interests.

Then chairperson of the Azerbaijan Greens Movement, Farida Huseynova, who drew the audience's attention to the environmental problems of the Caspian Sea itself, delivered a speech.

In particular, Huseynova stressed that the Caspian Sea today is mainly polluted not only due to oil leaks on the shelf, but due to the rivers flowing into it, first of all, the Volga, Ural and Kura.

“The technical standards of cleaning equipment at industrial enterprises do not correspond to either European or Soviet standards that’s why fish and seals often die in the Caspian Sea when the norms are formally observed,” she added.

“Another problem is that chemicals which are used in agriculture periodically get into the sea with river water, which also affects the general environmental situation in the Caspian Sea,” Huseynova said.

“This point has not been outlined in the conventions, but this must be taken into account when we talk about the protection of the sea,” Huseynova added.

In this regard, co-moderator of the event, head of the "South Caucasus" political club Ilgar Valizade drew the audience's attention to the fact that the surface level of the Caspian Sea is 390,000 square kilometers, while the catchment area is 1.5 million square kilometers and 80 percent of this volume makes up the waters of the Volga River.

Moreover, Huseynova, an ecologist with extensive experience, spoke about the experience of organizing an "environmental program" under the auspices of UNEP (the main UN body dealing with environmental protection) in the late 1990s.

“The program was effective as long as it was used in Baku,” chairperson said. “But then, when it was transferred to the capitals of other Caspian countries, far from the Caspian Sea itself, its effectiveness sharply dropped.”

“In this regard, I would like to propose to choose one city from each country in the coastal strip as the "capitals of the Caspian Sea" and on this basis to unite efforts to protect the ecology of the sea,” Huseynova said.

Alibek Tazhibayev, a Kazakh expert, head of the ‘Eurasian Monitoring’ Center for Analytical Research, in turn pointed out that the northeast of the Caspian is the shallowest part of the sea, where any decrease or increase in the water level is felt very strongly.

"The ongoing decrease in sea level has already led to the fact that the world's oil producers, working in Kazakhstan in this part of the Caspian, can no longer swim to some of their derricks,” Tazhibayev said. “Now these companies intend to deepen the seabed, 56 kilometers long and 80 to 115 meters wide, in order to provide their vessels with access to these derricks.”

“On one hand, oil producing companies make a great contribution to the economy of Kazakhstan, but on the other hand, we don’t know what the consequences will be from this gross interference in the life of the Caspian Sea,” he noted. “In this regard, I want to stress the need to build communication between government agencies, the private sector and public organizations. I agree with my colleagues who spoke about the need to develop ‘green diplomacy’ in the region.”

“Only through building communication at various levels we’ll be able to avoid threats to the ecology of our unique sea,” concluded the Kazakh expert.

The participants of the round table supported their colleague from Kazakhstan and decided to study in detail the issues, raised by him, at the Second Caspian Economic Forum.