'US did not intend to single out Turkey in Afghan migrant plan' | Eurasia Diary - ednews.net 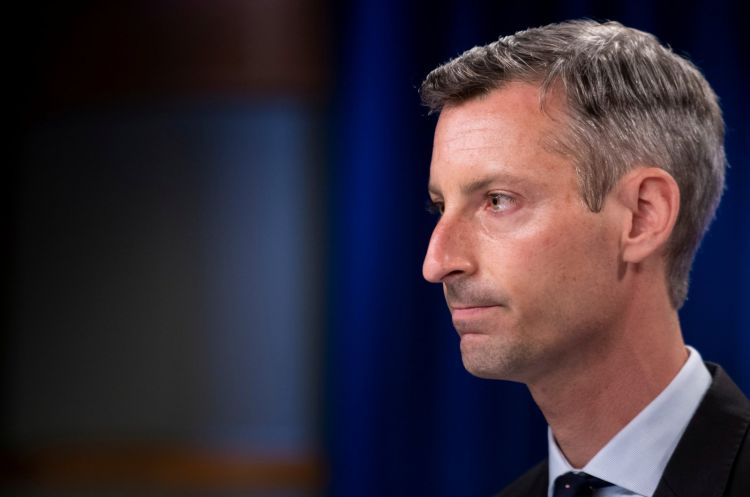 The United States did not intend to single out any particular country as a destination for Afghan refugees, U.S. State Department spokesperson Ned Price stated Wednesday after harsh criticism and a diplomatic outcry from Turkey.
Turkey criticized a U.S. plan to use third countries such as Turkey to resettle thousands of Afghans who risk being targeted by Taliban insurgents over their U.S. links, underlining that “Turkey will not serve as any country’s waiting room.”
“Well, I do want to stipulate that it is not the U.S. government’s policy to encourage or to direct individuals seeking protection to specific safe havens, nor did we in this case,” Price said during a press briefing.
“We did not direct anyone to a specific country, and that includes to Turkey. We do regret the concerns that statements have raised regarding the potential travel of Afghans to Turkey,” he said before he once again thanked Ankara for its “substantial" humanitarian efforts in hosting over 4 million refugees – more than any other country in the world.
Price, however, also pointed out that “it is important, we believe, for countries – and I’m not going to speak to specific countries, but we believe it is important for countries to keep their borders open to potential refugee flows.”
Less than a month before the U.S. is set to end its longest-ever war, the State Department Monday announced a new refugee admissions program for Afghan nationals.
The program covers interpreters and translators who worked with U.S. forces, Afghans involved with U.S.-funded projects and those employed by U.S.-based nongovernmental organizations (NGOs) or media organizations.
The plan stipulates that the Afghans are resettled in third countries in the region for around a year while their paperwork is processed.
But Turkey said it was never consulted.
"It's unacceptable to seek a solution to the problem in our country without our country's consent," the Turkish Foreign Ministry said in a statement issued late Tuesday.
The State Department referred to Turkey as one possible relocation point, also mentioning Pakistan.
But Turkey has said the U.S. plan would lead to a "big migration crisis in our region," adding that it does not have the capacity to deal with "a new migration crisis on behalf of a third country."
With the ongoing withdrawal of U.S. and NATO forces from Afghanistan, Turkey fears a new influx of refugees.
President Recep Tayyip Erdoğan had said Turkish officials were holding high-level talks over the issue with Afghan counterparts.
The issue is also likely to feature in talks between Ankara and Brussels about updating a 2016 deal under which Turkey received aid for hosting migrants seeking refuge in the European Union.
Asked about the number of Afghan arrivals in Turkey, a senior State Department official said Monday: "I don't have numbers on Turkey ... I would say we haven't seen major large outflows of people yet, but we have seen some numbers of people crossing, but not large numbers yet."
The Turkish Foreign Ministry said if the U.S. wanted to take in the Afghans, it could do so through "direct flights."