Protocol signed on results of 2nd session of Joint Commission between Azerbaijan and Iraq - ednews.net

Russia's behaviour may lead to armed conflict in the region - Expert
Read: 206 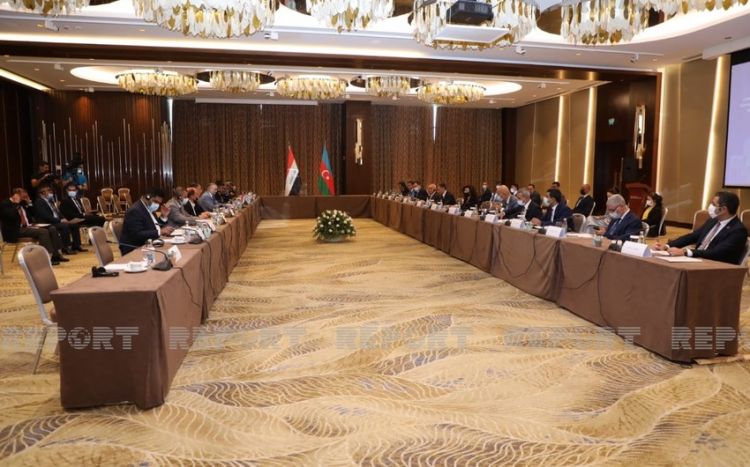 Today Baku is playing the host to the 2nd session of the Joint Commission on trade, economic, scientific, technical, and cultural cooperation between Azerbaijan and Iraq.

According to Report, the session is attended by an Iraqi delegation led by co-chair, the country's Minister of Communication, Arkan Al-Shaibani.

The co-chair of the Commission from Azerbaijan, the country's Minister of Transport, Communications and Hi-Tech, Rashad Nabiyev, welcomed the guests and noted that Azerbaijan and Iraq are friendly countries with close historical, religious and cultural ties. He stressed that next year would mark the 30th anniversary of diplomatic relations between Azerbaijan and Iraq.

Nabiyev informed the Iraqi delegation about the reconstruction and restoration works held in Azerbaijani territories liberated from Armenian occupation as a result of the 44-day Patriotic War, and highly appreciated the congratulatory letters addressed to the President of Azerbaijan by Iraqi parliament leadership and members after the victory in the war.