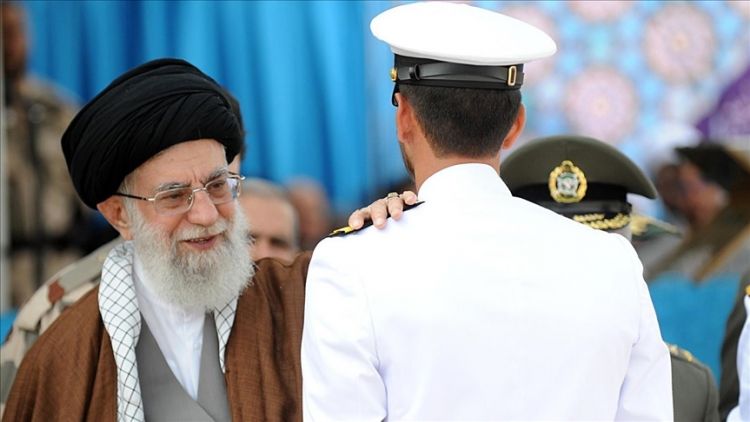 Iran’s supreme leader Ali Khamenei, who is also commander-in-chief of the Iranian armed forces, appointed Shahram Irani as navy commander on Tuesday.
Irani, 54, is the first Sunni high-ranking military commander in the armed forces and hails from Sanandaj, northwestern Kurdistan province, with a sizeable Sunni population.
Khamenei said in a decree that Irani’s appointment is in view of his “commitment and good record” as well as a recommendation from the chief of armed forces, Gen. Mohammad Bagheri.
He was elevated to admiral, the highest rank in Iran’s navy. “Serious and worthy efforts” are required to utilize all capacities to take the armed forces forward, emphasizing “upgrading power and preparations,” said Khamenei.
A graduate of Imam Khomeini University of Marine Sciences, Irani has held senior positions in the navy since 1987, including chief of operations of the 1st naval zone of the army (Bandar Abbas), chief of staff and deputy commander in Bandar Abbas region, deputy chief of naval training and deputy chief of army training.
He also commanded important naval missions, including sailing Iranian warships through the Suez Canal into the Mediterranean Sea in 2011 and several naval rescue operations in the Persian Gulf.
Hossein Khanzadi held the position since 2017. During his four-year tenure at the helm of the navy, mishaps were reported, with at least three sinkings in regional waters.
The last and the widely publicized one was in June when the IRIS Kharg caught fire near the port of Jask in the Gulf of Oman during a training mission, before sinking.
Operating since 1977, the Kharg was Iran's largest naval vessel and provided support to the Iranian navy's training operations in regional waters for several decades.