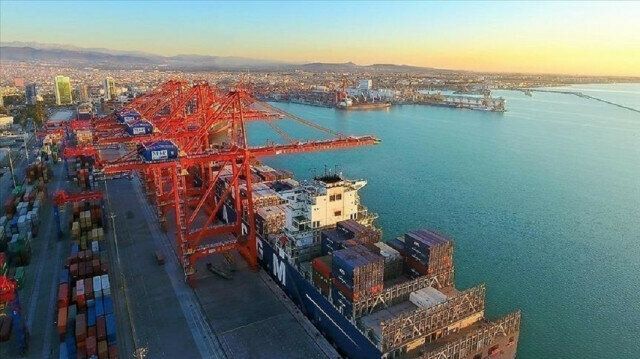 International merchandise trade by G20 countries posted a new high in the second quarter of this year, following record levels in the first quarter, the Organization for Economic Cooperation and Development (OECD) revealed on Tuesday.
G20 exports rose 4.1% quarter-on-quarter to $4.2 trillion in April-June, while imports jumped 6.4% to $4.3 trillion, according to the OECD data.
The figure showed a slowdown compared to the previous three-month period, as the rates were 8.6% and 8.5%, respectively in January-March.
Rising commodity prices were the main driver of the increase in the figure, "as congestion in international shipping and supply issues around semiconductors placed further pressure on the price of traded goods."
It highlighted that the G20 economies, which are more reliant on the exports of primary commodities saw stronger export growth in the second quarter of 2021.
Australia's exports climbed 10%, driven by rising sales of cereals, metals, and coal, while Brazil saw a 29.4% rise in exports, led by iron ores and soybeans.
Russian exports grew 30.7%, mostly benefiting from increasing energy prices, it noted.
The OECD underlined that trade values in North America saw an all-time high in April-June. Canada's exports were up 4.7% and imports rose by 3.6%.
Mexico also saw a solid increase with exports and imports up 3.3% and 5.1%, respectively.
US exports climbed 6.8% quarter-on-quarter, led by aircraft, pharmaceuticals, and semiconductors and with strong demand from Canada and Mexico.
Imports of the US went up by 4.2%, with robust imports of mobile phones and despite sluggish purchases of vehicles.
international trade in European G20 economies saw increases particularly in aircraft and agricultural products, as well as pharmaceuticals, fueled in particular by demand from China and the US.
The EU posted export growth of 2.8% and import growth of 5.7% (France 1.3% and 2.9%, Germany 1.3% and 6.3%, and Italy 4% and 6.4%).
In the UK, exports rose by 12.3% and imports 11.3% in the second quarter, a strong rebound following the first quarter's slowdown.
Imports rose at a faster pace than exports in East Asian G20 economies thanks to the increase in commodity prices.
"Exports from Japan and Korea grew by 2.7% and 2.2%, while imports rose by 7.4% and 11.8%, respectively, with trade in vehicles and parts driving the increase in particular for Korea," it said.
Chinese exports slipped 2.5% on a quarterly basis in April-June, following an 18.6% growth in January-March.
The country's imports continued to expand, rising by 10.9% with purchases of agricultural products, metals, and semiconductors remaining strong.
Turkey's exports jump 7.7% while imports rose 1.6% during the same period, it noted.