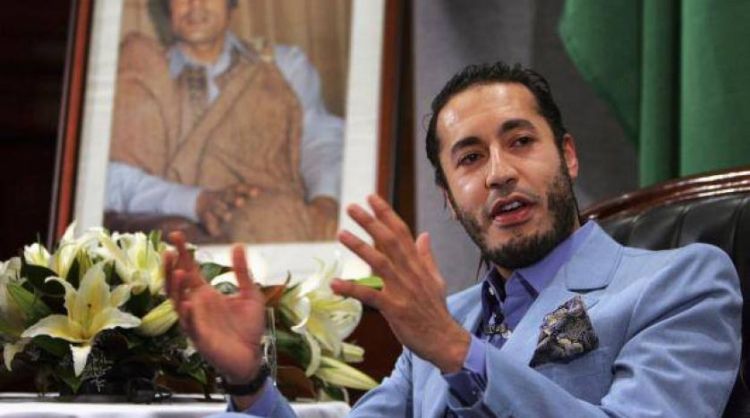 A son of Libya's ousted leader Muammar Gaddafi has been released from prison in the capital Tripoli, security sources said Sunday.

Al-Saadi Gaddafi, 48, was freed through a decision by the Libyan Chief Prosecutor's Office and the approval of Prime Minister Abdul Hamid Dbeibeh.

It was also stated that he left the country to move to Turkey.

There are speculations that Al-Saadi Gaddafi, while living in Turkey, will engage in serious political activities in order to come to power in Libya. It is worth noting that there are many people in Libya supporting the former Gaddafi regime and want the regime to be founded.

According to Eurasia Diary, Goktug Caliskan, Turkish expert on international relations, said that during his stay,  Al-Saadi Gaddafi can initiate political activities in order to participate in the elections in Libya.

“Al-Saadi Gaddafi was evacuated as a result of negotiations between tribal leaders in Libya and Prime Minister Dibeyba. Later, Saadi Gaddafi came to Turkey. However, it is currently a mystery whether he will run for president like his brother Seyfulislam 3 years ago. Because, Saadi was involved in the activities of sports during his father's leadership. He was also playing football. Although he does not have a political career like his father and other brother, the fact that he is Gaddafi's son and the tribal leaders support him and that his brother Seyfulislam can replace him if he is not a candidate may change the game. Therefore, during his stay in Turkey, he can initiate political activities in order to participate in the elections in Libya. Because Seyfulislam has the support of some tribes in Libya, and Prime Minister Dibeybe does not take an attitude against Seyfulislam's candidacy. However, the fact that Seyfulislam was sentenced at the ICC and the US sanctions decision was extended by the Biden government for one more year may change the situation at this point. Thus, by supporting his brother Saadi, Seyfulislam can make him a candidate for the presidency and, if he comes to power, he can easily return to the country and take his place in the administration. In this context, whether Saadi will take political initiatives is closely related to how to answer all these questions,” Calishkan noted.

“I do not think that the Erdogan government will support Al-Saadi Gaddafi for his political activities at this time. It should be noted that Turkey has been giving strong support to the legitimate government in Libya.  Turkey's aid to Saadi Gaddafi may not be seen well in international circles, and may lead to challenges in Turkey's Mediterranean policy. For this reason, I do not think that such assistance will be given by the Turkish government,” he noted.

According to Turkish expert, there are no circumstances in the country leading to Gaddafi family’s return to power, and there is no opportunity for them to get a strong support of all Libyan people and form the new government.