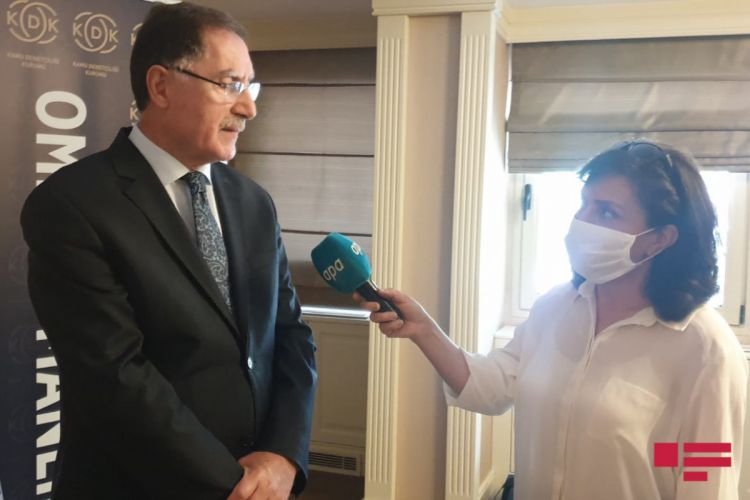 According to Sh. Malkoc, the purpose of the visit mine problem in the territories liberated from Armenian occupation and to develop report regarding destroyed historical and cultural monuments, to jointly investigate these issues from a legal point of view.

Reminding his visit in Azerbaijan in October last year, General Ombudsman of Turkey stressed that the report developed within the framework of the visit has created a high effect.

He reminded that both as General Ombudsman of Turkey and Head of the OIC Ombudsman Association, he investigated Armenia's violation of international law in Ganja and other cities, a report developed on the basis of documents, evidences that collected in a short time, was translated into English, and sent to all human rights organizations especially the UN, International Criminal Court: “Our first report was appreciated. This both stimulated and intensified our work. I hope that the new report to be developed will also have a great importance.”

Sh. Malkoch noted that Ombudsman organizations around the world should fight against human rights violations: “ As chief Ombudsman of Turkey, as well as the head of the OIC Ombudsmen Association I will investigate the death cases from landmines planted by Armenia in the liberated territories of Azerbaijan. Not handing over maps of the mine planted territories is a criminal. At the same time, the condition of the damaged cultural and historical monuments will be objectively investigated.

Within the framework of international law Armenia should be demanded to pay compensation for violations of human rights in Azerbaijan, destruction of historical monuments and ecological damage to environment."

Chief Ombudsman of Turkey emphasized that the second report to be prepared will be sent to Armenia.