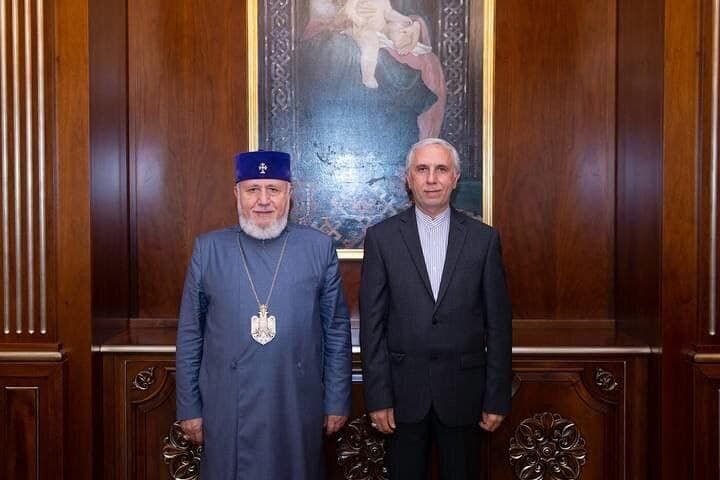 Iranian Ambassador to Armenia Abbas Badakhshan Zohouri on Thursday underlined the need for negotiating an end to all the disputes among regional countries.
Badakhshan Zohouri made the remarks in a meeting with Armenian Apostolic Church leader Catholicos Garegin II.
The Iranian ambassador appreciated the Armenian minorities living in Iran, saying their peaceful life in Iran has set a role model for the coexistence of the followers of divine religions.
The Armenian religious leader, for his part, said that Iran has always been a friend for Armenia.
Garegin II underlined the need for strengthening the friendship between the two countries in all areas.