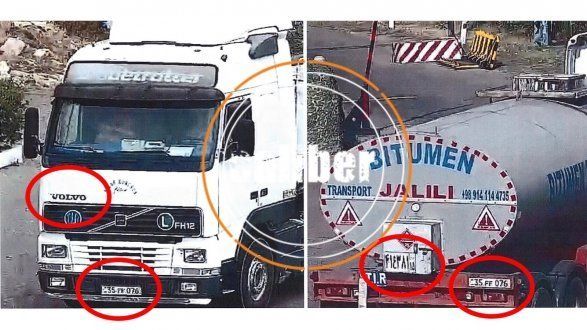 Legal entities and individuals of other countries and their vehicles cannot enter the territory of Azerbaijan without the consent of the Republic of Azerbaijan, and such cases are a violation of the laws of the country.

According to Azeri Daily, this is stated in the letters of the Azerbaijani Defence Ministry sent to the Russian Defence Ministry and the command of the peacekeeping forces regarding the illegal passage of vehicles belonging to other countries to the territory of Azerbaijan, where the Russian peacekeepers are temporarily deployed.

The letters note that such cases contradict the Trilateral Statement signed by the Presidents of the Republic of Azerbaijan and the Russian Federation and the Prime Minister of Armenia on November 10, 2020, and it is recommended to prevent them.

Recall, on the eve, the Azerbaijani media disseminated information that over the past three months, more than 80 trucks with fuel and other, mostly unknown, cargoes proceeded from Iran to Armenia through the Lachin corridor, which was opened by Azerbaijan unswervingly fulfilling its obligations under the Trilateral Agreement. Neither Iran nor the Armenian Republic received any permits from the Azerbaijani side.