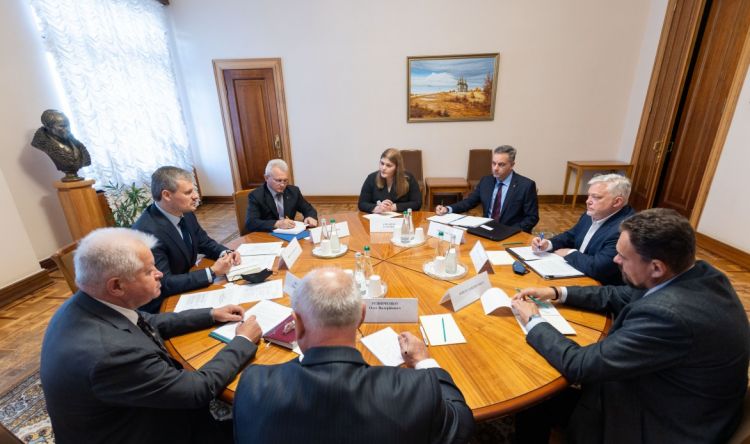 Roman Mashovets, Deputy Head of the Office of the President, discussed the issues of deepening relations between Ukraine and Canada in the field of defense cooperation with Michael J. McCarthy, Director of the Canadian PROTECT program.
Colonel Robert Foster, Defense Attaché at the Canadian Embassy in Ukraine, who attended the meeting, expressed gratitude to Ukraine for the recent rescue and evacuation of Canadian citizens from Afghan Kabul by aircraft of the Ukrainian Armed Forces. It was not only an act of partner assistance, but also a vivid example of the high level of interoperability that the Ukrainian military reached for joint actions with units of NATO countries, he said.
The meeting participants paid special attention to improving the personnel policy in the security and defense institutions of Ukraine. Mashovets stressed the critical importance of the reform of the personnel management system, which should become the driver for further transformations in the Ukrainian army and the entire security sector. He informed the partner in detail about the segment of the defense reform, which concerns the procedure for selecting candidates for appointment to the positions of the senior staff of the Armed Forces of Ukraine and other military units, as well as to positions, the appointment for which is agreed with the President of Ukraine. The Deputy Head of the Office of the President noted the need for further practical steps towards the implementation of personnel reform.
For his part, McCarthy reiterated Canada's unwavering position on support for Ukraine in countering the hybrid war unleashed by the Russian Federation and expressed readiness to provide assistance from his country for the development of a powerful and modern Ukrainian army.
The parties agreed to maintain an active dialogue on the issues discussed and contribute to the further development of the Ukrainian-Canadian partnership.