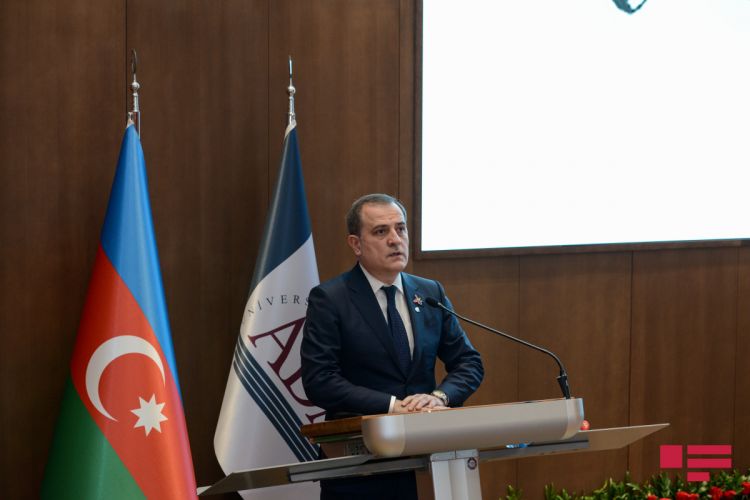 "Massive mine contamination of the liberated territories seriously impedes the realization of wide-ranging rehabilitation and reconstruction plans the Government of Azerbaijan has embarked on. Most importantly, it affects the realization of inalienable right of the hundreds of thousands of IDPs to return to their homes in safety and dignity," said Jeyhun Bayramov, Minister of Foreign Affairs of the Republic of Azerbaijan at 37th Meeting of the Council of Ministers of Foreign Affairs of the GUAM, APA reports.

"It is our principled position that the international community should exert pressure on Armenia to abandon revanchist approaches and instead, seize the unique opportunity for sustainable peace and development. Full implementation of the trilateral statements both in letter and spirit has no alternative on the way to eliminating all the consequences of the war and building a prosperous future for all countries and their peoples in the region.

Enforcement of international law is a prerequisite for peace, security and development. Unfortunately, protracted conflicts in the territories of GUAM Member States continue to endanger peace and security and these conflicts must be resolved on the basis of the principles of sovereignty, territorial integrity and inviolability of internationally recognized borders of states," the minister noted.