Turkey is of importance for ensuring security, safety and peace in Afghanistan - Expert
Read: 311

"I saw perseverance and determination in the countenance of the President" - Umud Mirzayev
Read: 227

After Fuzuli came under our control, more opportunities opened up to move in Shusha direction - Ilham Aliyev
Read: 194 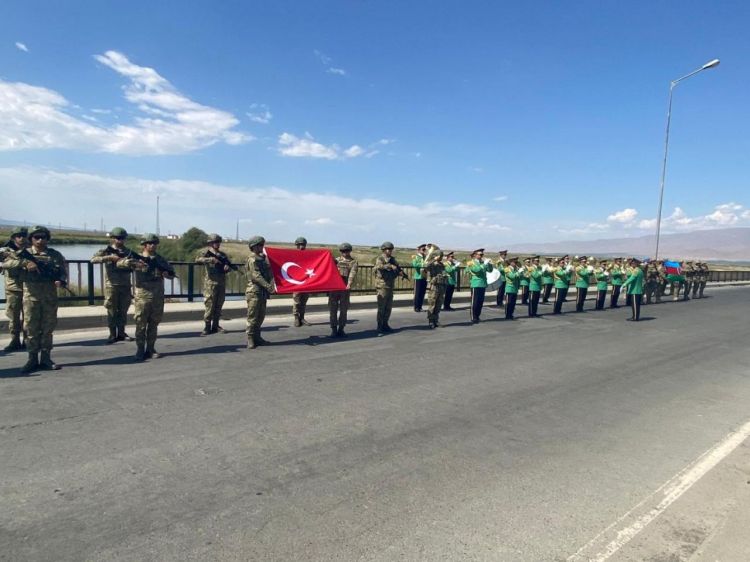 Servicemen of the Turkish army's first mechanized infantry brigade were greeted by the Azerbaijani servicemen at the Umid bridge located over the Araz River on the Turkish-Azerbaijani border, the report added.

The motorized rifle units, special forces and other types of troops of the Azerbaijani and Turkish armies are involved in the drills under the military cooperation agreement between the two countries.

Military cooperation between Azerbaijan and Turkey first emerged in 1992, with an agreement signed between the Azerbaijani and Turkish governments on military education and weapon equipment and deals to help strengthen the bond between the two nations.

On June 15, the two countries signed a memorandum of alliance that cemented the existing military, political and economic cooperation.

The Shusha Declaration on Allied Relations that President Ilham Aliyev and his Turkish counterpart Recep Tayyip Erdogan signed during the first official visit to Shusha eight months after Azerbaijan’s victory in the war with Armenia, also focuses on defence cooperation.

It affirms joint efforts by the two armies in the face of foreign threats. The declaration also pledges joint efforts for the restructuring and modernization of the armed forces. Moreover, the two nations affirm to encourage the execution of joint projects with the aim of developing capabilities in the field of sea, air, and space.