Azerbaijan was ready to reciprocate any positive signal coming from Armenia - President - ednews.net 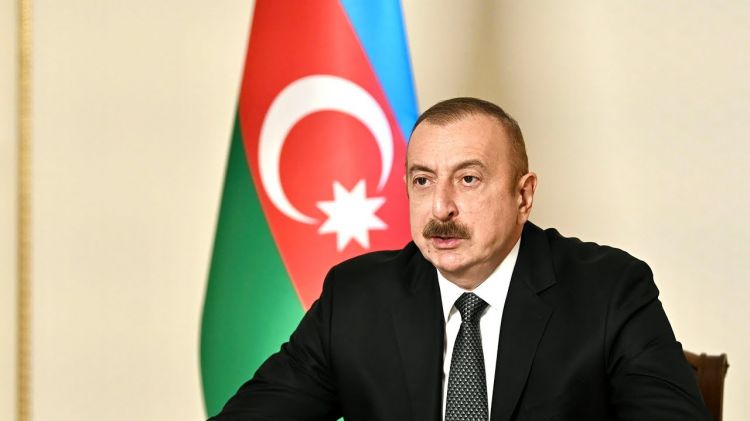 “The OSCE Minsk Group was established in 1992 with the aim to find resolution to the conflict between Armenia and Azerbaijan. It could be possible for the OSCE Minsk Group Co-Chairs to accomplish their task if they would take resolute actions for compelling Armenia to end its military aggression against Azerbaijan,” said President of Azerbaijan Ilham Aliyev at the General Debate of the 76th Session of the UN General Assembly, APA reports.

“Throughout the conflict, Armenia with its attitude and actions demonstrated that its sole aim was to maintain the status-quo and consolidate the occupation. On many occasions I raised the necessity of imposing sanctions on Armenia. Regretfully, there was no international sanction imposed on Armenia to enforce the implementation of the UN Security Council resolutions,” the Azerbaijani President noted.

The head of state added: “In 2018, the Kocharyan-Sargsyan regime of war criminals was overthrown in Armenia. We had some hopes that the new government of Armenia would seriously engage in negotiations. We were ready to reciprocate any positive signal coming from Armenia. 2018-2019, it was one of the calmest periods in the former line of contact. However, the regime replacement in Armenia was not followed by real changes on the ground in spite of Azerbaijan’s positive actions. The new government of Armenia also opted for the continuation of occupation instead of peaceful neighborhood with Azerbaijan.”