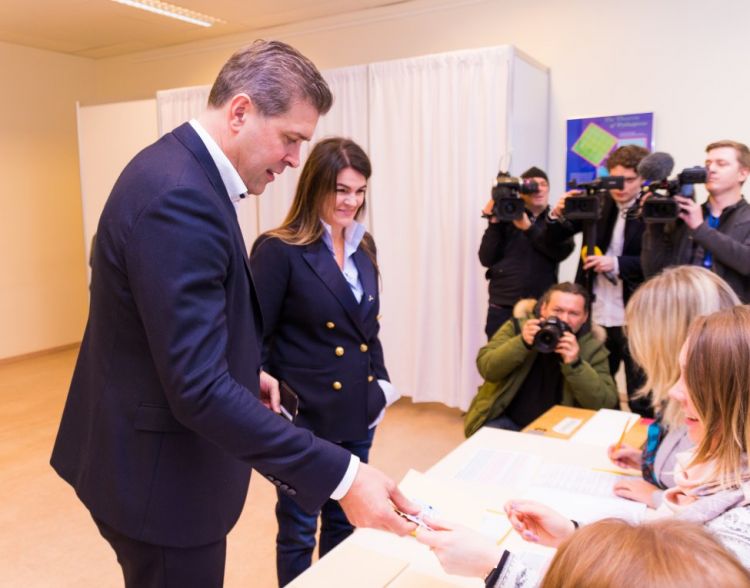 Icelanders went to the polls on Saturday with a record nine parties likely to be seated in the country's parliament.
Iceland's biggest party, the Independence Party, along with the Progressive Party and the Left-Green Movement could have a combined 50% support with 35 of 63 seats in parliament, according to the latest Gallup poll. Nine parties are likely to be represented, Xinhua and RÚV reported.
The array of parties complicates divisions on climate change and healthcare with left-wing parties calling for more government spending on healthcare and younger voters pushing for more action on climate change than other voters, CNN reported.
The parliament of the North Atlantic island country with a population of 371,000 is elected every four years unless dissolved sooner, Xinhua noted.
The current left-right government coalition, which Prime Minister Katrin Jakobsdóttir's Left-Green Movement leads, was elected in 2017 on promises of stability after voters went to the polls five times since 2007, CNN noted. The Left-Greens, a self-proclaimed "radical left wing party," saw some anger in its ranks after it leaders in parliament joined the pro-business Independence Party and the center-right Progressive Party in 2017 to form a government.
Voters are going to the polls amid a COVID-19 pandemic, which has hurt the tourism economy of the country known as the "land of fire and ice" for its volcanoes and glaciers, Bloomberg reported.