There is no room to talk about any status for the so-called entity which does not exist - President - ednews.net 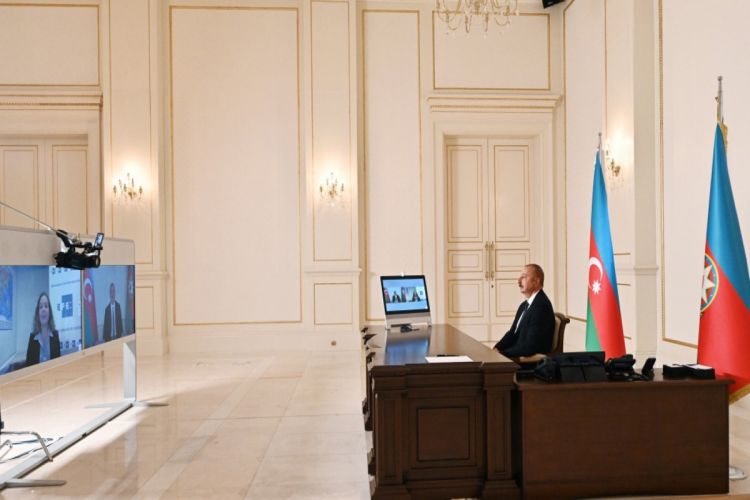 “We were saying and the Minsk Group co-chairs know it very well that we were ready to grant Armenians living in Azerbaijan a certain level of self-governance. But this position was always rejected by Armenia and they were always demanding independence for what they called Nagorno-Karabakh. But today after the war ended, and the conflict has been resolved, and this is not only my position, this is the position of the majority of the world international community, there is no room to talk about any status for the so-called entity which does not exist. Because Nagorno-Karabakh does not exist. We do not have this administrative unit on our territory,” said President Ilham Aliyev in his interview with Spanish EFE news agency, APA reports.

“Frankly speaking, during the last period we do not hear from Armenia any statements referring to the status of that territory. Unfortunately, these ideas are articulated by some other countries, their higher representatives. As far as our position is concerned, I expressed it on many occasions during the almost 30 years of negotiations Azerbaijan’s position was very constructive,” the head of state emphasized.

“On 7 July this year, I issued a decree about the new configuration of economic zones of Azerbaijan and we have created two economic zones: Karabakh and Eastern Zangazur economic zones which cover all the area. About 25 thousand ethnic Armenians who live today in Karabakh area, in the area which is now in the responsibility of Russian peacekeepers, are our citizens. They will enjoy the same rights and privileges and responsibility as any other citizen of Azerbaijan of different religious and ethnic origin. So, to put it shortly, no way to go back to the status, no status and everybody should forget this issue,” President Ilham Aliyev added.