Deputy Minister of National Defence of the Republic of Turkey Muhsin Dere paid a working visit to Nakhchivan - VIDEO - ednews.net 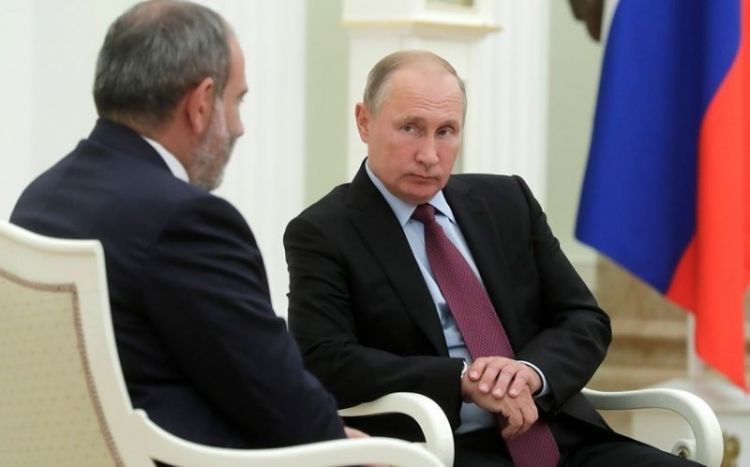 A delegation led by Deputy Minister of National Defence of the Republic of Turkey Muhsin Dere paid a working visit to the Nakhchivan Autonomous Republic.

EDNews.net reports citing Ministry of Defence official website that the delegation laid a wreath at the monument to great leader Heydar Aliyev in the main square of Nakhchivan and visited the Heydar Aliyev Museum. The guests who visited the museum got acquainted with the exhibits reflecting the meaningful life of the national leader dedicated to Azerbaijan.

A delegation of the Turkish Ministry of National Defence visited the bust of Mustafa Kemal Ataturk in Nakhchivan and laid flowers to it.

The guests visited the monument to Turkish Shehids (Martyrs) in Nakhchivan, the Alley of Shehids, and the Mother's Cry Memorial.

Commander of the Combined Arms Army, Colonel General Kerem Mustafayev met with the delegation led by Deputy Minister of National Defence of the Republic of Turkey Muhsin Dere visiting the Nakhchivan Autonomous Republic. The meeting focused on the importance of the joint exercises held under the agreement on military cooperation between Azerbaijan and Turkey and the experience gained by the servicemen of the two fraternal countries in the ongoing successful "Indestructible Brotherhood - 2021" joint live-fire tactical exercises. It was noted that the slogans of our great leaders Heydar Aliyev "One nation, two states" and Mustafa Kemal Ataturk "The joy of Azerbaijan is our joy, the sorrow of Azerbaijan is our sorrow" are slogans of the exercises and they express our unity in conducting exercises and special training courses.

During the visit to the military plant of the Combined Arms Army, the delegation was given detailed information about the work done in the plant.

In the course of the working visit, a tree-planting campaign was held in the Turkish-Nakhchivan Friendship Park in Nakhchivan and the Duzdag Physiotherapy Center was visited.

On October 1, a working visit of a delegation led by Deputy Minister of National Defense of the Republic of Turkey Muhsin Dere to the Nakhchivan Autonomous Republic ended.