Azerbaijan Defense Minister meets with the Prime Minister of Georgia 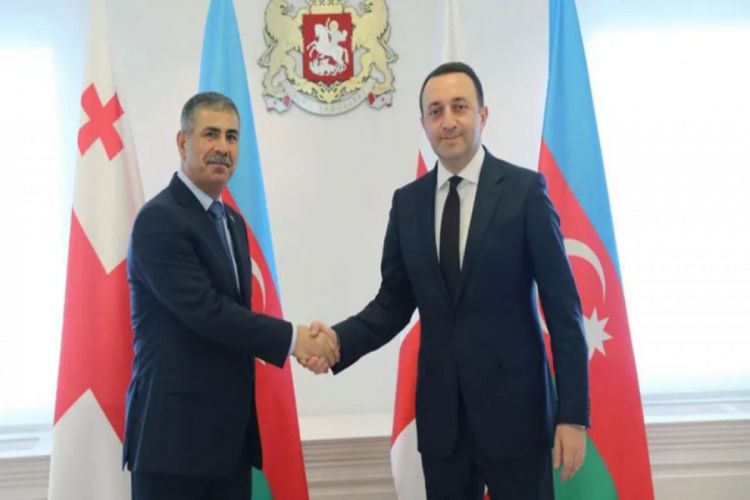 Azerbaijan Defense Minister Colonel General Zakir Hasanov is on a visit to Georgia to participate in a trilateral meeting of the Defense Ministers of Azerbaijan, Georgia, and Turkey, the Ministry of Defense told APA.

First, they visited the monument to the national leader Heydar Aliyev in Tbilisi and laid a wreath honoring his memory.
Then the Defense Minister Colonel General Z. Hasanov had a meeting with the Prime Minister of Georgia, Mr. Irakli Garibashvili.

During the meeting, the parties exchanged views on the prospects for cooperation in the military, military-technical spheres, and other issues of mutual interest.