One of the chairmanship priorities of Azerbaijan to the NAM is to promote the values of multilateralism - FM - ednews.net 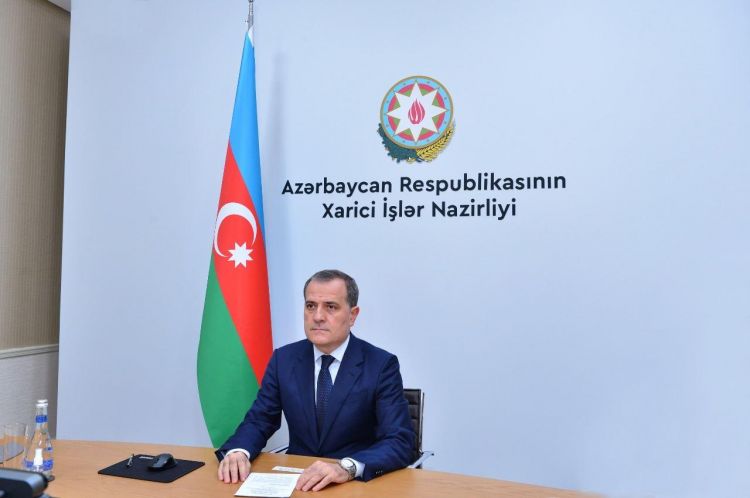 Azerbaijan’s Foreign Minister Jeyhun Bayramov has said that the solidarity of the Non-Aligned Movement (NAM) member states has demonstrated that they are able to mobilize against common enemies [COVID-19 pandemic] despite fragmented approaches, Azerinews reports.

He made the remarks at the opening session of the Inaugural Meeting of Non-Aligned Movement Youth Network held on October 4.

“Therefore, we are of the view that we need to explore more on potential other areas for further cementing our unity. NAM Youth Network, in this regard, will be an additional invaluable asset for our movement,” he said.

Bayramov added that one of the chairmanship priorities of Azerbaijan to the NAM is to promote the values of multilateralism in ensuring a concerted and adequate response to the challenges of the contemporary world.

“Unprecedented and unexpected magnitude of challenges caused by the outbreak of COVID-19 was a litmus test for effective multilateralism. Gladly, through its timely, united and effective responses in addressing the pandemic our Movement once again demonstrated its continued role and validity in the multilateral realm,” he stated.

Welcoming the meeting’s participants, the minister noted that it is a distinct honor for Azerbaijan, as the incumbent NAM chairman to initiate the establishment of the network at this historic moment [celebration of the 60th anniversary of movement].

Bayramov recalled that at the NAM Baku Summit in 2019, the heads of state and government of the NAM member states supported the establishment of the NAM Youth Network.

He noted that the aim of the network is to enable the youth representatives of NAM member states to exchange ideas, visions and prospects on current challenges that they face in ensuring sustainable progress, as well as to identify how these difficulties could be overcome through concerted and adequate responses of their states.

“Proceeding from this understanding, the Azerbaijani chairmanship has worked out the concept of NAM Youth Network which is expected to gradually transform to one of the most effective youth organizations at the global scale,” the minister added.

The minister noted that Azerbaijan believes that the formation of the NAM Youth Network will enable the NAM youth community to address the youth development-related challenges more effectively and to convey the unified messages of NAM youth to the international community in a more systematic way.

He added that NAM member states expect the Youth Network to represent the interests of NAM youth at different international fora, in close cooperation and partnership will relevant UN agencies and youth-related institutions.

“NAM member states expect the Youth Network to help raise awareness among the youth about the important mission that the NAM is carrying in light of the growing challenges to peace and security,” Bayramov stated.

The minister underlined that the agenda of the inaugural meeting includes many important issues that are instrumental to lay the firm foundation of the NAM Youth Network.

He added that on October 11-12 in Belgrade, Serbia and Azerbaijan will co-organize a High-level Commemorative Event dedicated to the 60th anniversary of the movement.

“It will be an excellent opportunity for the member states to take stock of the joint achievements made in the past 60 years and reflect upon how we, the member states, with a shared vision and combined strength, should respond to the multifaceted and emerging challenges that we continue to face,” he said.