Russia has sketched a line in the region, and Iran's games run counter to its interests - Umud Mirzayev - ednews.net

"Many people I know in Azerbaijanis still dealing with the trauma" - Former US Ambassador discussed the political side of the January 20 events - VIDEO
Read: 276

Russia has sketched a line in the region, and Iran's games run counter to its interests - Umud Mirzayev 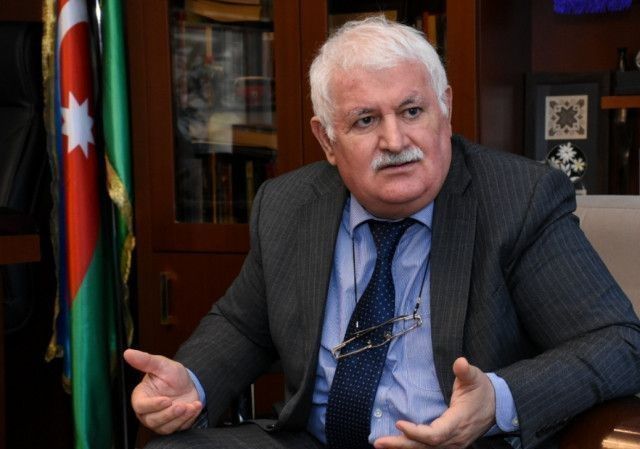 Iranian Foreign Minister Hossein Amir Abdullahian met with his Russian counterpart Sergei Lavrov in Moscow. At a press conference after the meeting, Abdullahian has faced diplomatic rebukes by the Russian Foreign Minister.
Lavrov strongly condemned Iran's military exercises on the border with Azerbaijan, saying that it was a matter of concern for both Azerbaijan and Russia. At the same time, the Russian Foreign Minister touched upon the issue of Tehran's complaint about the Azerbaijani-Turkish military exercises in the Caspian Sea, noting that Iran should ratify the Convention on the Legal Status of the Caspian Sea, signed by five Caspian littoral states.
Although Abdullahian initially reacted harshly to Lavrov's words, he later softened his stance and began to say kind words to Baku.
Speaking to EDNews.net, Umud Mirzayev, President of the International Eurasia Press Fund, said that such an attitude from Lavrov was imminent.
"Iran's recent messages, statements, and finally its deployment of its army along the border near the Araz River under the pretext of the military drills suggest that Iran was trying to carry out its will without considering the interests of the regional states. On the other hand, it was as if it was testing the temper of the regional state. It was awaiting a reaction of them. Russia's reaction was in particular much expectable for it. But it should also have realized that the countries of the region have interests in this region. It is also inappropriate to try to disrupt the geopolitical situation that has developed over the years."
According to Mirzayev, the Azerbaijani side has shown good attitude towards Iran for many years and sent messages of friendship.
"Iran not only turned a blind eye to the Armenian occupation for 30 years, but also has been closely involved in the destruction of villages and settlements, cities, temples and mosques in the occupied territories of Azerbaijan. The occupation took place before Iran's eyes. Iran has witnessed that great crime in the last 30 years, and Iran has not reacted to those crimes. Iran knew very well that Karabakh was a place for drug traffickers and for criminal officials. Iran, as an Islamic state, also saw very well that pigs and cattle have been kept in mosques in Karabakh, and holy places have been humuliated and polluted. However, the Iranian army never gathered for those crimes along the border near the Araz River like it did now. "
U. Mirzayev considers that such an attitude today is harmful and dangerous for Iran itself.
“Supposing that the majority of the Iranian population are Azerbaijanis and of Turkish origin. These are the people who did not leave the Araz for 44 days. The statement of the Russian Foreign Minister and his attitude was expectable, and it could not be otherwise. For Russia, its own interests are above all values. Everything is outlined in the November 10 statement, and it is against Russia's interests to deviate from the statement."
Gulnar Salimova