Armenia did not face any sanction for its military aggression - Ilham Aliyev - ednews.net 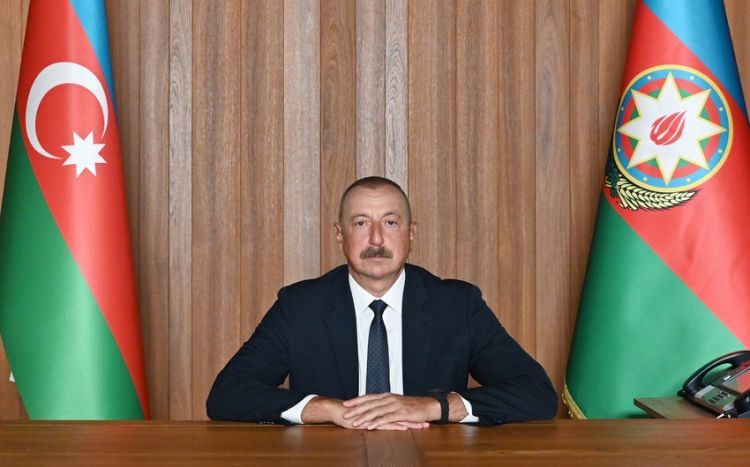 Armenia, in blatant violation of norms and principles of international law, was able to keep under occupation almost 20% of the territory of Azerbaijan for about thirty years, conducted ethnic cleansing against Azerbaijanis both in its own territory and in the occupied territories of Azerbaijan, President of Azerbaijan Ilham Aliyev said.

According to Report,  the Azerbaijani leader spoke in a video format at the high-level jubilee event dated to the 60th anniversary of the Non-Aligned Movement.

"However, Armenia did not face any sanction for its military aggression and refusal to implement the four resolutions adopted by the UN Security Council in 1993, which demanded immediate, complete, and unconditional withdrawal of armed forces of Armenia from Azerbaijan's occupied territories. Armenia went even further through threatening Azerbaijan with a new war and resorting to military provocations along the state border and line of front," the head of state said.

He reminded that on September 27, 2020, Armenia launched a large scale military attack against Azerbaijan. In response, Azerbaijani army conducted the counteroffensive operation on its territory and liberated its occupied territories.

"Totally defeated in the course of 44-day Patriotic War, Armenia had to sign the act of capitulation on November 10, 2020. Azerbaijan by itself ensured the implementation of the above-mentioned UN Secretary Security resolutions, resolved the 30-year-long conflict, and restored its territorial integrity and historical justice by military-political means," Ilham Aliyev said.