daily news
There is no concept of Turkish UAV, "Bayraktar"s belong to Ukrainian army - Ukrainian FM
Saudi coalition targets IRGC site in Yemen's Sanaa - State TV
Economic revival has begun in liberated Azerbaijani territories - Minister
Turkish president to visit UAE in February
Erdogan comments on issue about Russia’s concern on existence of Organization of Turkic States
Umud Mirzayev - "There is a need to carry on works on mine issues"
Dutch police arrest couple on plane for Spain as they flee COVID-19 quarantine hotel
Azerbaijan can help Iran in energy sector– Iranian experts on Ashgabat Summit 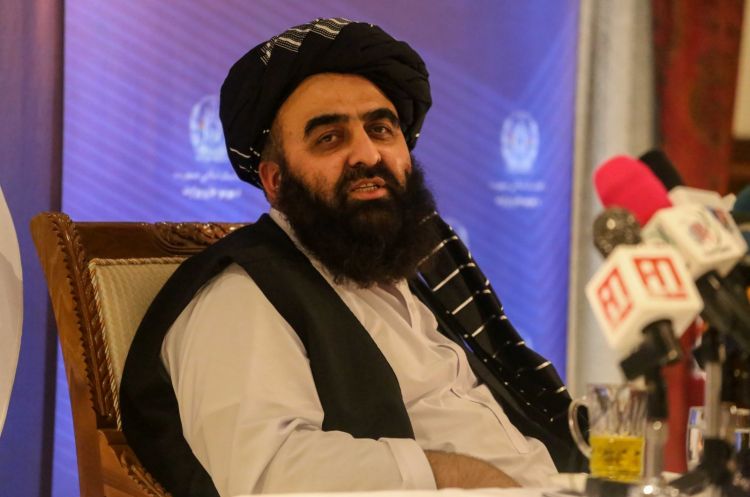 A delegation led by Taliban's acting Foreign Minister Amir Khan Muttaqi will visit Turkey Thursday, Anadolu Agency (AA) reported.
Taliban officials previously noted that they want Turkey to provide aid and support to the Afghan people and called on Turkey to be the first country to formally recognize the new administration in Afghanistan.
Turkey's Foreign Minister Mevlüt Çavuşoğlu recently said that humanitarian aid would be sent to Afghanistan by land via Pakistan, as it is faster and less costly.
When asked whether there was contact with the interim Taliban government in Afghanistan, Çavuşoğlu said: "There is a meeting at the ambassador level. We have not been there yet, they have not come. They need humanitarian aid, food, medicine and winter is coming. We are talking about these needs."
President Recep Tayyip Erdoğan also recently highlighted the importance of an inclusive government in Afghanistan, as he said it was crucial in reaching a deal regarding the operation of the Kabul Hamid Karzai International Airport.