Azerbaijani FM on normalisation of relations with Yerevan and on peacekeepers - ednews.net

Azerbaijani FM on normalisation of relations with Yerevan and on peacekeepers 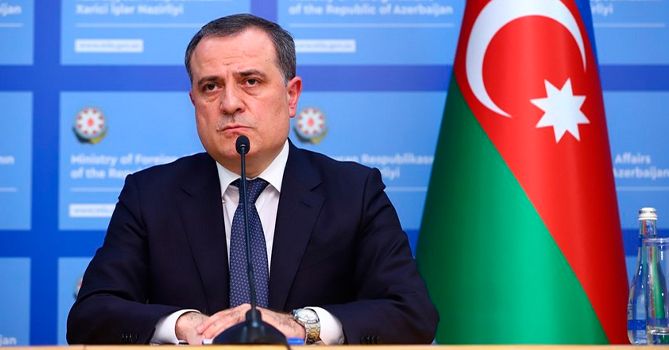 Baku is ready to normalise relations with Armenia based on respect for the principle of territorial integrity and inviolability of borders, as well as to open all communications in the South Caucasus, Azerbaijani Foreign Minister Jeyhun Bayramov said at a meeting of the Council of Foreign Ministers of the CIS countries in Minsk, Azeri Daily reports.

'Azerbaijan is ready to normalise relations with Armenia on the basis of respect for the principles of international law, in particular sovereignty, territorial integrity and inviolability of borders,' Bayramov said, quoted by the press-service of the Foreign Ministry.

The minister stressed that Azerbaijan calls on Armenia to start the process of delimitation and demarcation of borders in compliance with these principles.

Bayramov also said that Azerbaijan is committed to fulfilling the obligations arising from trilateral statements, including agreements on the opening of all communications in the region, expressing confidence that the opening of communications will benefit all countries of the region and strengthen the role of the South Caucasus in international transport projects.

The diplomat stressed that the Azerbaijani side attaches great importance to the peacekeeping efforts in the region, including the activities of the Joint Turkish-Russian Monitoring Centre.

The meeting participants were also informed about the destruction of the historical, religious and cultural heritage in the Azerbaijani territories as a result of the occupation policy of Armenia.