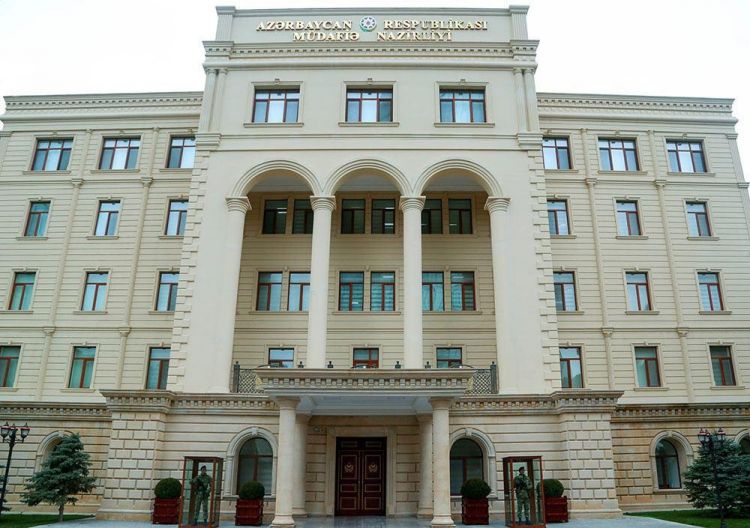 "The unfounded information spread by the Armenian side about the alleged firing by Azerbaijani Army units in the direction of the Arazdayan settlement is untrue and absolutely fake," the Defence Ministry reported on October 15.

The ministry stressed that by spreading fake information of this kind, "Armenia is trying to prepare the ground for next provocations".

"We officially declare that the units of the Azerbaijani army will resolutely suppress any provocations," the ministry said.

Earlier on October 15, the Azerbaijani army thwarted an Armenian terrorist and sabotage act in Karabakh temporarily controlled by Russian peacekeepers.

On the morning of October 15, members of an illegal Armenian armed group used an ambulance in an attempt to commit a terrorist attack against the Azerbaijani army units in the direction of Aghdara. The attempt was suppressed and the gunmen in the car were forced to retreat.

The Defence Ministry described as unacceptable the use of a civilian ambulance for military purposes, a method that is specific to terrorists, saying that it is a gross violation of international humanitarian law.

The ministry stressed that any terrorist and subversive activities will be prevented immediately and decisively.

Several provocations have been observed over the past days by the Armenian groups illegally located in Karabakh under the Russian peacekeepers' temporary control.