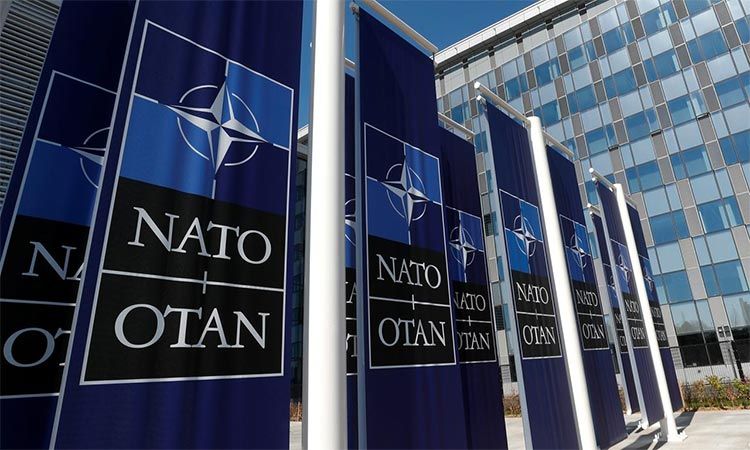 Russia said on Monday it was suspending its mission to NATO and ordered the closure of the alliance's office in Moscow in retaliation for NATO's expulsion of Russian diplomats.
Foreign Minister Sergei Lavrov announced the moves after NATO expelled several members of Moscow's delegation to the alliance for alleged spying.
"Following certain measures taken by NATO, the basic conditions for common work no longer exist," Lavrov told reporters in Moscow.
Moscow has dismissed the accusations as baseless. Russia was also shutting down the alliance's liaison mission in the Belgian embassy in Moscow, set up in 2002, and the NATO information office set up in 2001 to improve understanding between NATO and Russia.
Lavrov added that contacts between the Western military alliance and Russia could be maintained through the Russian Embassy in Belgium.
"As a result of NATO’s deliberate moves, we have practically no conditions for elementary diplomatic work and in response to NATO’s actions we suspend the work of our permanent mission to NATO, including the work of the chief military envoy, probably from Nov. 1. Or it may take several more days,” Lavrov said.
Russia's Foreign Ministry said in a separate statement that NATO's actions "confirm that they are not interested in an equal dialogue and joint work to deescalate military-political tensions."
"The alliance’s line towards our country is becoming more and more aggressive,” the ministry noted. "The ‘Russian threat’ is inflated in order to strengthen the internal unity of the alliance, to create the appearance of its ‘relevance’ in modern geopolitical conditions.”