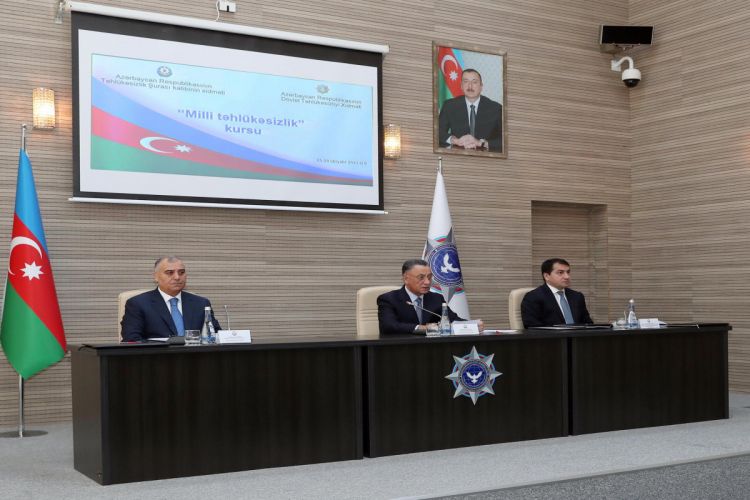 “Some forces try for violation of stability in the region again by conducting their insidious plans after victory, resort to different provocations,” said Secretary of Security Council, Colonel-General Ramil Usubov, APA reports.

According to R. Usubov, important steps are taken by the state in the direction of the increasing potential of the joint effective fight of special service and law-enforcement bodies against threats, raising defense capability.