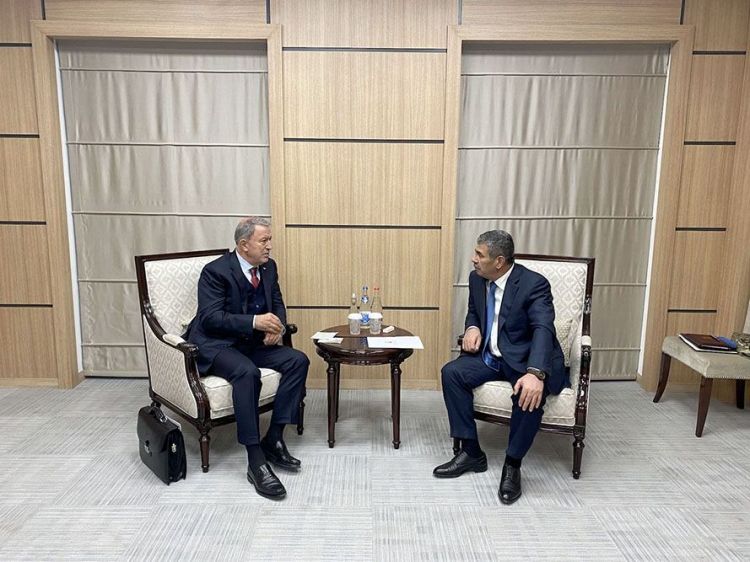 Azerbaijani Defence Ministry’s Chief, Colonel General Zakir Hasanov met with his Turkish counterpart Hulusi Akar, who accompanied President Recep Tayyip Erdogan during his visit to Azerbaijan, in the Zangilan district [liberated from Armenian occupation in the 2020 Second Karabakh War], EDNews.net reports citing Ministry of Defence of the Azerbaijan Republic.
At the meeting, Hasanov expressed his gratitude to fraternal Turkey for the moral support provided to Azerbaijan during the second Karabakh war, as well as confidence in the further development and strengthening of bilateral partnership based on mutual trust.
The Minister of National Defence of Turkey stressed the importance of meeting with his Azerbaijani counterpart, noting that the strategic partnership of the two countries is based on relations of friendship and brotherhood.
Prospects for the development of military, military-technical and military-educational cooperation between Azerbaijan and Turkey were discussed at the meeting.