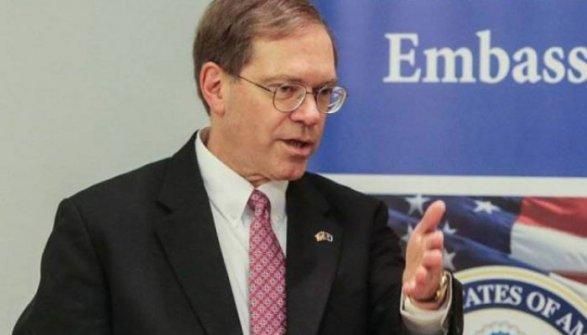 "The United States is committed to bringing the parties together to resolve the issue through negotiations," US Ambassador to Azerbaijan Lee Litzenberger said, APA reports.

Mr. Ambassador emphasized the United States is still playing an active role in this direction: “The United States has played a very active role in the exchange of landmine maps. At the same time, co-chairs organized a meeting of the Foreign Ministers of Azerbaijan and Armenia in New York. We appreciate the organization of this meeting. This means that we continue to work to bring the parties together so that we can contribute to the peace process together.”