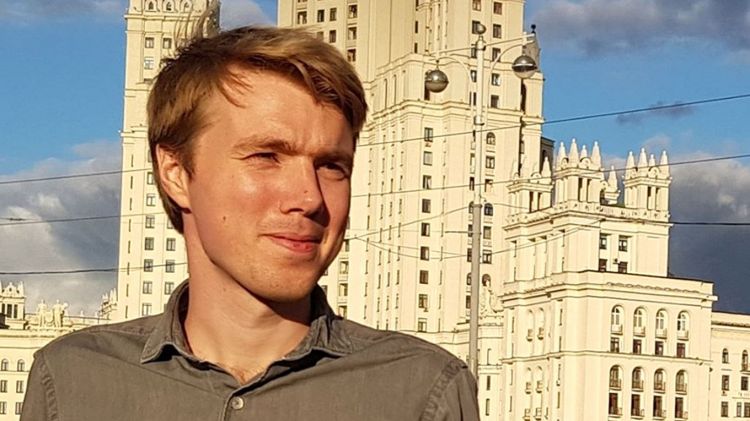 Russia has expelled a second foreign correspondent in two months over past minor infractions, a move that his publication called unusual.
The deportation of Tom Vennink, Dutch daily de Volkskrant's Russia correspondent, follows BBC correspondent Sarah Rainsford's expulsion in August.
Russian authorities revoked Vennink’s residence permit on Monday and gave him three days to leave the country over two administrative fines dating back years, according to de Volkskrant. He was fined in 2019 for failing to register with migration authorities on time and in 2020 for visiting the restricted border security zone of Chukotka in far northeastern Siberia.
Moscow informed the Dutch government that Vennink’s visa cannot be extended on Wednesday morning, de Volkskrant said.
Vennink, who has worked as de Volkskrant’s Moscow correspondent since 2015, is not allowed back in Russia until January 2025.
De Volkskrant editor-in-chief Pieter Klok said it was unusual for Russian authorities to deport a foreign correspondent due to old infractions.
“It’s a mystery to us why the Russian government has decided this now,” Klok said.
“Such administrative offenses were never an obstacle to extending residence permits in previous years,” he added.
Dutch Foreign Minister Ben Knapen said “it’s not acceptable for the Netherlands if a journalist has to leave a country against his will.”
Knapen added that the ministry’s last-minute attempts to prevent the journalist’s expulsion from Russia yielded no results.
Vennink’s expulsion comes amid a worsening Russian-Dutch relations with the Netherlands' ongoing criminal trial into the downing of Flight MH17 blamed on Russia and last week’s Dutch court ruling ordering the return of annexed Crimean gold artifacts to Ukraine instead of Russia.