Kremlin may use Belarusian army in the military confrontation with NATO - Expert
Read: 371 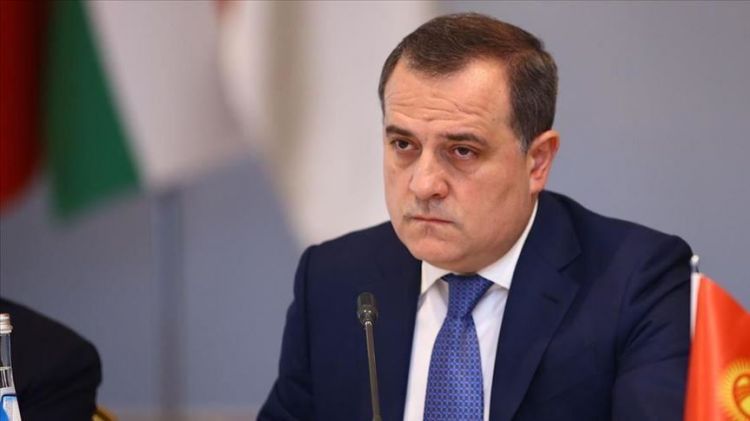 “Questions on some contradictory points in the Azerbaijan-Iran relations are arising in recent months. Both sides voiced views in this regard. We should look at issues realistically,” said Azerbaijani Foreign Minister Jeyhun Bayramov, APA reports.

The minister noted that there may be disagreement between any two countries, even other neighboring countries: “It is no exception. In case of disagreements, we are in favor of finding solutions by discussing them within the framework of neighboring relations. It is Azerbaijan’s position.”

Azerbaijani FM emphasized that in recent weeks, there have been telephone conversations with his Iranian counterpart on the mentioned issues: “Consultations have been held through official and non-official channels. I consider that positive steps have been taken and will be taken in the future. I am confident that Iran-Azerbaijan relations will develop in a positive direction, as always. There are ties that unite us as two close neighbors. Together we can implement projects for the welfare of our peoples and our states. "