“Armenia will live forever with stigma of a defeated people and state” - President - ednews.net 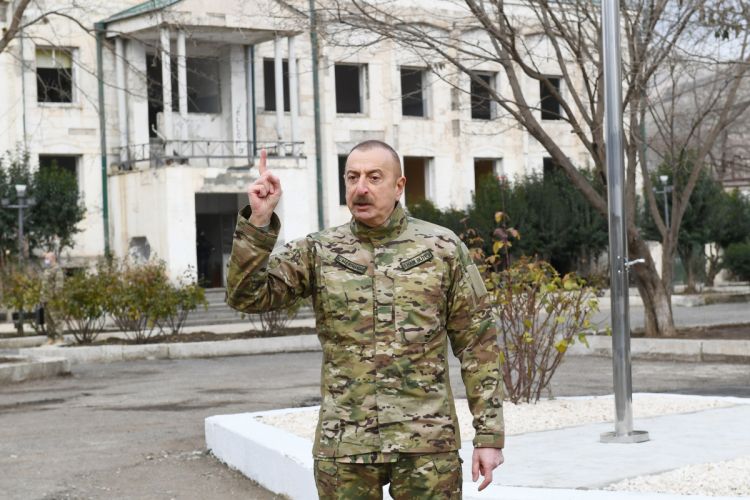 “I want to say once again that it clearly seemed that the enemy does not want to withdraw from our land voluntarily, becomes even more depraved, takes unacceptable steps for touching dignity of Azerbaijani people, and issues statements,” said Azerbaijani President, Supreme Commander-in-Chief of Armed Forces Ilham Aliyev in his speech in front of the servicemen in Shusha, APA reports.

“By saying “Karabakh is Armenia”, Armenia not only put an end to the negotiations process, at the same time, it was an insult for us. Holding a fake swearing-in ceremony in Shusha, which is the crown of Karabakh, which is sacred to us was an insult for us. That devil’s lair-where that ceremony was held- was destroyed by the heroic Azerbaijani Army during the war. The relocation of the so-called "parliament" of the so-called organization to Shusha was another mocking for us. How much did we have to endure? Should someone have taught them a lesson or not? Armenia will live forever with seal of a defeated people and state,” stressed President Ilham Aliyev.