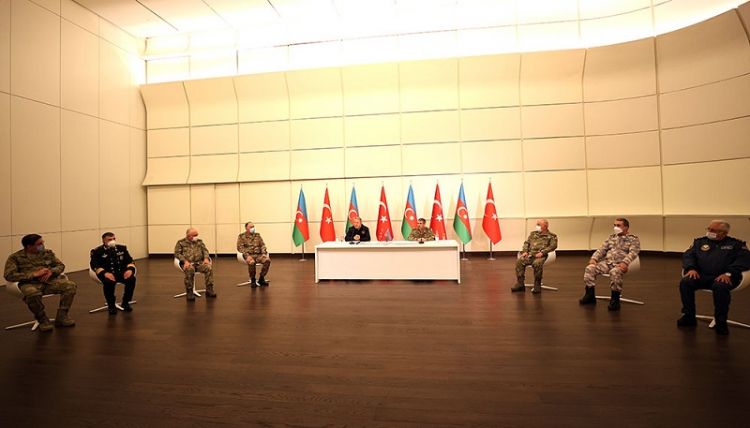 Minister Hasanov once again expressed gratitude to fraternal Turkey for the political and moral support provided in the Patriotic War. He noted that the Azerbaijan Army under the leadership of the Supreme Commander-in-Chief demonstrated high professionalism in the 44-day war.

Speaking about joint exercises with the Turkish Armed Forces, the minister stressed that work in this direction will continue further on.

Minister Hasanov also thanked his Turkish counterpart and the delegation headed by him for the visit to Azerbaijan to celebrate Victory Day.