Baku is ready for a peace agreement with Yerevan - Diplomat - ednews.net

Baku is ready for a peace agreement with Yerevan - Diplomat 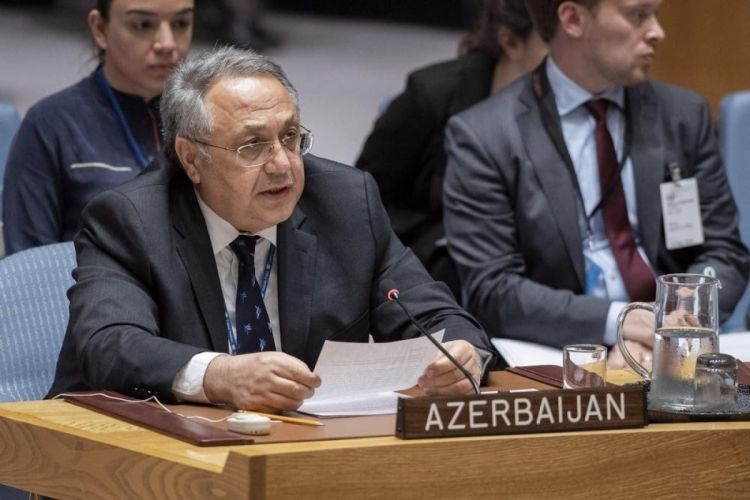 "Baku is convinced that there is no alternative to normalizing relations with Yerevan and is ready to sign a peace agreement," Azerbaijan's Permanent Representative to the UN Yashar Aliyev said this during his speech at the Security Council on Tuesday, APA reports.

"Azerbaijan is ready to normalize interstate relations with Armenia, including through the signing of a peace agreement that will ensure lasting peace, development and progress," the diplomat said.

Azerbaijani Diplomat assessed the situation on the border as a result of Armenia's dangerous revanchist ideas.

According to him, Azerbaijan is convinced that there is no alternative to the normalization of relations between the two countries on the basis of mutual recognition, respect for each other's sovereignty and territorial integrity within the internationally recognized borders: "The purpose of such normalization is the peaceful coexistence of Azerbaijan and Armenia."