Azerbaijan marks one year since liberation of Aghdam from occupation - ednews.net

Azerbaijan marks one year since liberation of Aghdam from occupation 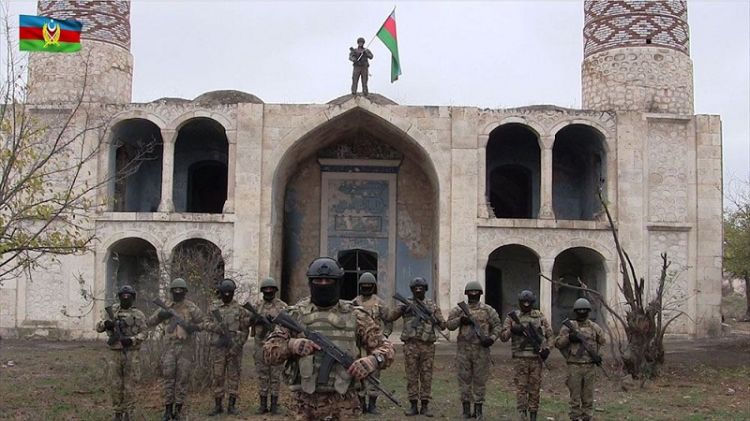 Today a year has passed since the date of liberation from the occupation of Azerbaijani Aghdam district, Trend reports on Nov. 20.

The Aghdam district, liberated from occupation, came under the control of the Azerbaijani army. The State Flag of Azerbaijan was raised in the center of the city of Aghdam, the State Anthem was performed and was reported to the President of Azerbaijan, Supreme Commander-in-Chief of the Armed Forces Ilham Aliyev about the liberation of the region from occupation.

As a result of the military aggression that lasted until May 12, 1994, the Armenians managed to occupy 846.7 square kilometers of the territory of Aghdam district, that is, 77.4 percent of the total area.

After the liberation of Aghdam, restoration and construction work began in the city, which was turned into ruins by the Armenians and later named Hiroshima of the Caucasus. During the year that has passed since the date of liberation from the occupation, many positive changes have taken place in Aghdam, restoration and restoration work continues at a high rate. The goal of the President and the Azerbaijani state is to make Agdam one of the most beautiful cities in the region. The general plan of Aghdam has already been prepared and presented to the head of state, and work is currently underway to implement it.