Lukashenko - "Constitutional referendum will be held in February unless a war starts" - ednews.net 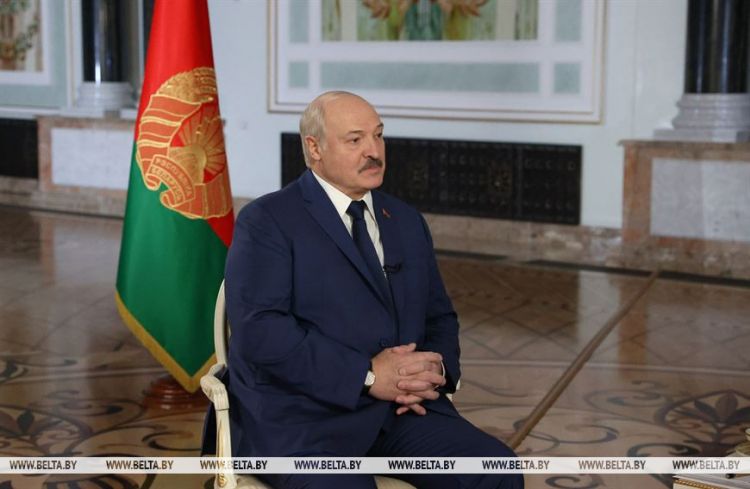 A referendum on the new Belarus Constitution draft will take place in February 2022 as scheduled, unless some emergency arises, Belarus President Aleksandr Lukashenko said in an interview with Dmitry Kiselyov, Director General of the Russian state news agency MIA Rossiya Segodnya, BelTA has learned.
“We will publish it within a month or so, I think in about two weeks. I will put the Constitution to a referendum in February, closer to the end of the month (we will choose the date that will be convenient to us and that meets respective deadlines specified by the current Constitution),” the president said.
Answering a clarifying question whether a referendum will take place in February, Aleksandr Lukashenko said: “Unless a war starts, God forbid.”
“I have recently said that we will stick to this schedule and will definitely hold a referendum. Well, unless you [with these words the head of state made a hand gesture to the side, meaning external forces and their attempts to destabilize the situation in and around Belarus] will force us to declare some state of emergency. Yet, I think it is very unlikely to happen. Therefore, I believe that we will be able to hold it in February in line with the schedule, as we have planned,” the Belarusian leader added.
According to the head of state, the updated Constitution strengthens the role of the government and the parliament, gives a constitutional status to and specifies the powers of the Belarusian People's Congress. “The president, like today, will form the government, will be the head of state. Strong presidential power will remain,” he said.