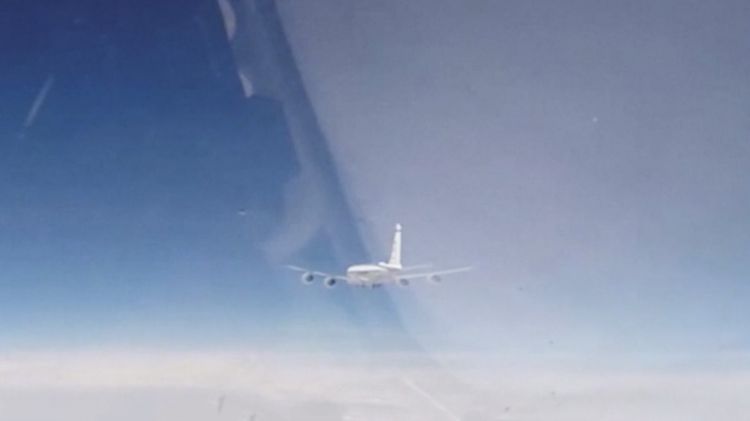 A plane flying from Tel Aviv to Moscow had to change its flight level because of a NATO reconnaissance aircraft, which was crossing a civilian aviation route, the Federal Air Transport Agency (Rosaviatsiya) said on Saturday.

According to the agency's spokeswoman, the NATO CL-600 plane on Friday morning was descending from an altitude of 11,000 to 9,200 meters and crossing the civilian aviation route as well as not responding to the air traffic service. Earlier in the day, Russian airline Aeroflot said its flight SU501, flying from Israel to Russia, was ordered on Friday to change its flight level.

"The routes and flight levels of civilian aircraft flights were swiftly changed. By implementing [those] measures, Russian air traffic controllers assured the safety of flights in the aforementioned area over the Black Sea," a Rosaviatsiya spokeswoman said.

She noted that two civilian flights were supposed to fly through that area, including the Aeroflot one.

The Federal Air Transport Agency has since announced that it plans to submit a protest regarding the recent Black Sea incident through diplomatic channels, saying that the increased frequency of NATO flights near Russia's borders creates risks against civilian planes.