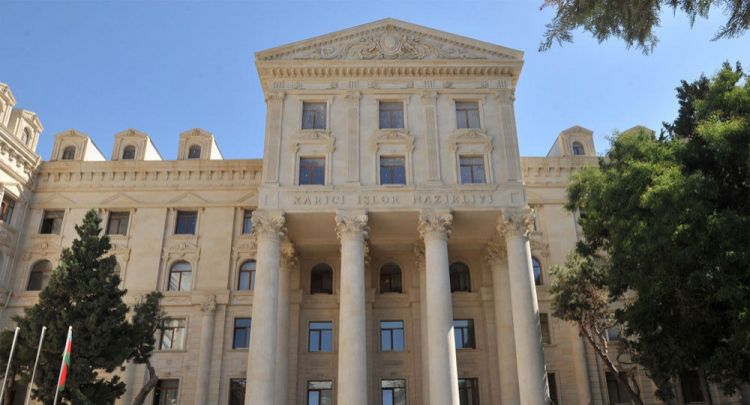 On December 22, 2021, Valerie Pécresse, President of the Ile-de-France region of France and Republican candidate in the French presidential election has paid an illegal visit to the Khankendi city of the Republic of Azerbaijan, the MFA informs.

This visit accompanied by other French politicians within the framework of the pre-election campaign is a violation case of the national legislation of the country directed at the sovereignty and territorial integrity of Azerbaijan.

In this regard, Chargé d'Affaires of France in our country has been summoned to the Ministry of Foreign Affairs and a note of protest was presented to him.

Foreign Ministry expressed its strong protest to the French Embassy regarding the illegal visit and reminded that those French citizens, who seriously violated the requirements of the relevant laws of the Republic of Azerbaijan, bear responsibility in accordance with our national legislation. It has been brought to the attention of the opposite side that this step by a group of French politicians damaged Azerbaijan-France bilateral relations, at the same time, will seriously damage France's reputation in the region and its role in the normalization of Azerbaijani-Armenian relations after the end of the conflict. We would like to note as information that the names of French citizens illegally visiting Azerbaijani territories have been included in the list of persona non grata.”