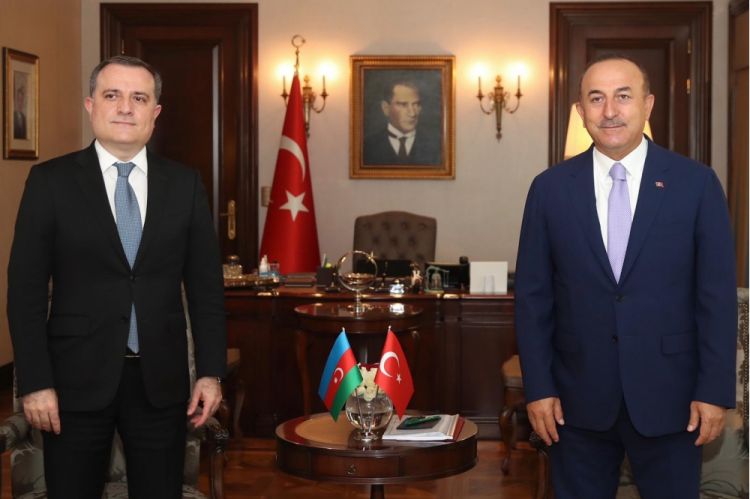 The discussion took place during the telephone conversation on December 25, the Turkish ministry has reported.

During the conversation, the parties also discussed bilateral relations between the two countries.

Azerbaijan and Turkey cooperate in various fields of economy and have jointly completed giant energy and infrastructure projects such as Baku-Tbilisi-Ceyhan, Baku-Tbilisi-Kars, and TANAP.