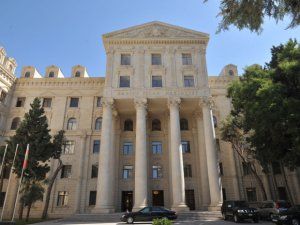 'In 2021, interstate lawsuits and lawsuits between Azerbaijan and Armenia took place for the first time. Work in this direction has already begun, during this year Azerbaijan filed a lawsuit against Armenia to the European Court of Human Rights, at the same time, within the framework of the 1965 Convention on the Elimination of Any Forms of Racial Discrimination -- to the UN International Court of Justice,' Bayramov said.

According to the minister, Azerbaijan will continue to file claims against Armenia in international arbitration: 'In a short time, we will turn to international arbitration in relation to violations of two conventions by Armenia -- harm to the environment, as well as the illegal development of energy and natural resources of Azerbaijan. This direction is one of the priorities for 2022.'