Biden set to chat with Ukraine’s Zelensky ahead of Russia-US security talks - ednews.net 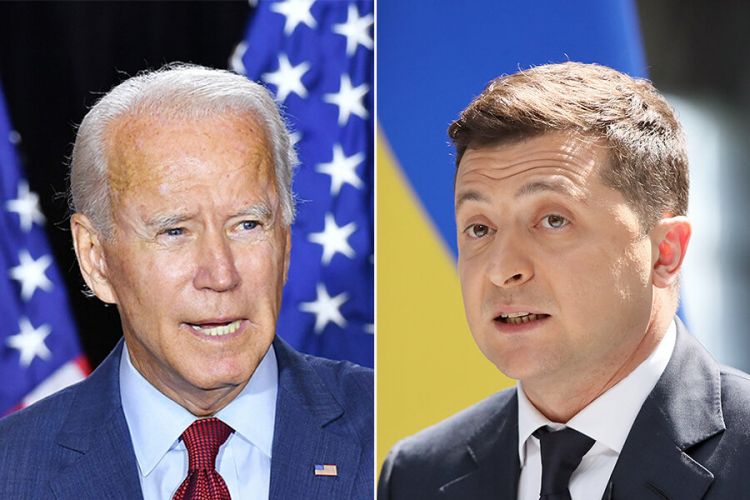 President Biden spoke with Russian President Vladimir Putin on Thursday, and was warned that new sanctions against Moscow over the Ukraine crisis would be a “colossal mistake” that could rupture diplomatic relations. Later this month, Russian and US officials will begin talks in Geneva in a bid to defuse the current crisis.

US President Joe Biden will speak with his Ukrainian counterpart Volodymyr Zelensky on Sunday, a White House official has said.

“President Biden plans to speak by phone with President Zelensky of Ukraine on Sunday to reaffirm US support for Ukraine’s sovereignty and territorial integrity, discuss Russia’s military buildup on Ukraine’s borders, and review preparations for upcoming diplomatic engagements to help de-escalate the situation in the region,” the official said, speaking to reporters.

The call, the second of its kind in less than a month, comes amid preparations for talks between Russian and US officials in Geneva on 10 January to discuss Moscow’s twin security proposals – which call on Washington and NATO halt the bloc’s eastward expansion, and cancel the incorporation of Ukraine into the Western alliance.

In the earlier call between Biden and Zelensky, which took place on 9 December, the Ukrainian leader asked his US benefactor for additional military equipment, and urged Washington to preemptively sanction Russia over its alleged plans to “invade” Ukraine.

Ukrainian and Western officials and media claim Russia has concentrated up to 100,000 troops on Ukraine’s eastern border in possible preparations for an invasion. Russian officials have dismissed these claims as false and accused the West of deliberately whipping up tensions.

On Friday, Biden told reporters that he had “made it clear to President Putin that if he makes any moves, goes into Ukraine, we will have severe sanctions.”

“We will increase our presence in Europe with our NATO allies, and it’ll just be a heavy price to pay for it,” he said.

At his annual end-of-year press conference last month, Putin dismissed claims about Russia’s alleged invasion preparations, stressing that unlike NATO, Russia’s military is operating within the country’s own borders. Putin pointed to 30 years of broken NATO promises to Moscow not to expand eastward, and, warning of the dangers of US missiles stationed in Ukraine, asked how Americans would like it if Russia put missiles aimed at the US in Canada or Mexico.

The Russian Foreign Ministry released a pair of draft security agreements for consideration by the US and NATO in mid-December, outlining the ways the current crisis in relations can be resolved. Among the proposals is the firm Russian demand that NATO halt its expansion plans, and scrap any plans to incorporate Ukraine into the bloc.