Members of the organisation highlighted confidence in Kazakh authorities to peacefully defuse tensions in the Central Asian nation. 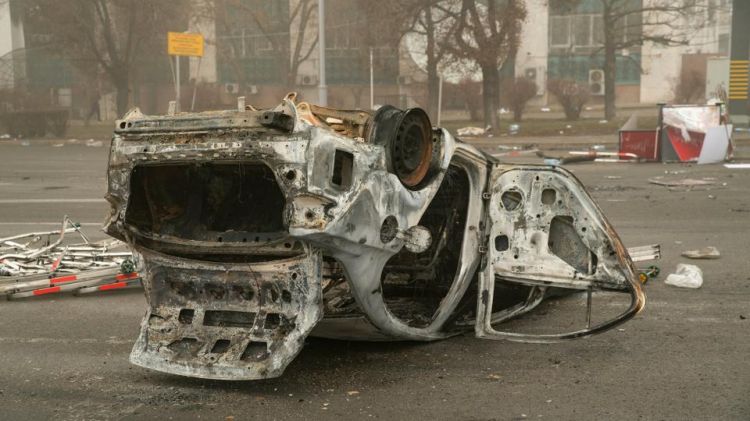 Members of the Organization of Turkic States expressed their readiness to support Kazakhstan amid nationwide protests.
Emphasising the importance of peace and stability, the organisation expressed its strong solidarity with its member country, Kazakhstan, in a statement on Thursday.
"(The organisation) state their confidence in the capacity of the Kazakh authorities to peacefully defuse tensions and reestablish calm and order," it added.
Voicing trust "in the wisdom and desire of the brotherly Kazakh people," to return to normalcy, it also conveyed its condolences for those who lost their lives during the incidents and wished a speedy recovery to the injured.
Situation in Kazakhstan
Security forces in Kazakhstan have killed dozens of protesters trying to storm government buildings overnight, police told local media.
As of midday Thursday, more than 350 security officers had been wounded and 13 killed, officials told local media. More than 2000 people were detained for disrupting public order during demonstrations that erupted across the country, media reports showed.
Police remain deployed on the streets of Almaty, Kazakhstan's largest city, where massive rallies were held.
Holding the government responsible for the protests launched against a recent hike in LPG prices, President Kassym-Jomart Tokayev on Wednesday approved the resignation of premier Askar Mamin and his ministers.
As protests spread across the country, Tokayev declared a state of emergency in the city of Almaty and the oil-rich Mangystau region in the west from January 5-19 to maintain public security.
He also imposed a curfew in Almaty, the country’s former capital, where thousands of people had taken to the streets.
While police used stun grenades and teargas to disperse the protesters, they responded with stones. Clashes were also reported between the police and demonstrators.
The government has also restricted access to social media applications, including Facebook and Telegram.
The protests broke out on January 2 when drivers held demonstrations against an increase in LPG prices in the city of Zhanaozen in Mangystau, which later spread to Aktau city.
Supportive protests in the western cities of Atyrau, Aktobe, and Oral, where the country’s petroleum and natural gas reserves are located, spread to other areas of Kazakhstan to turn into countrywide public demonstrations.