Azerbaijan's FM informs US Assistant Secretary of State about Armenia's provocation on the border - ednews.net 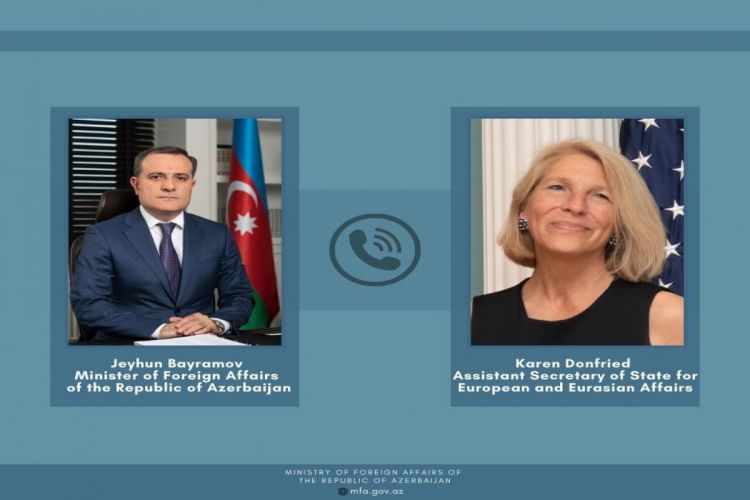 On January 11, Azerbaijan's Minister of Foreign Affairs Jeyhun Bayramov had a telephone conversation with US Assistant Secretary of State for European and Eurasian Affairs Karen Donfried, the Foreign Ministry informs.

The sides exchanged views on the regional security situation.

Minister Jeyhun Bayramov spoke about the latest situation in the region, including the steps taken by Azerbaijan to implement the trilateral statements. The Minister informed the other side that the Armenian side continues provocations on the border between the two countries and that one of our servicemen was killed in the direction of Kalbajar, and stressed that the responsibility for this provocation lies directly with the Armenian military-political leadership.

During the telephone conversation, the parties also discussed other issues of mutual interest.