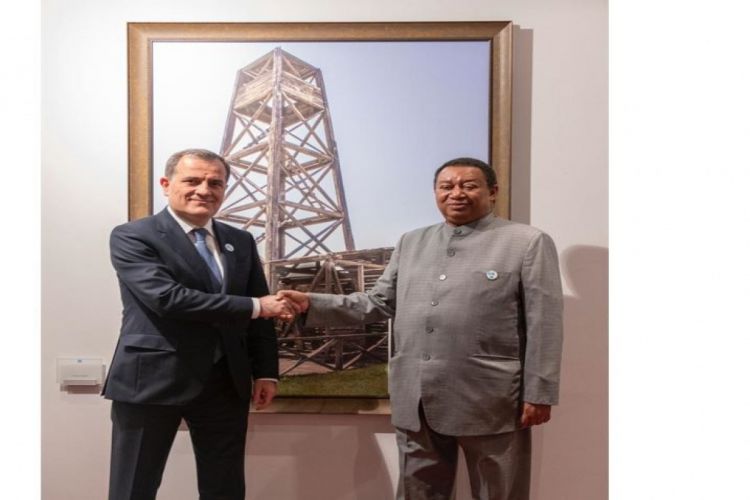 On January 20, 2022, Foreign Minister Jeyhun Bayramov met with Secretary General of the Organization of the Petroleum Exporting Countries (OPEC) Mohamed Barkindo during his working visit to Austria, APA reports.

Expressing satisfaction with the cooperation with Azerbaijan, the Secretary General noted that in 2016, in order to stabilize the world oil market, Azerbaijani President Ilham Aliyev was the first leader at the World Economic Forum to call on all OPEC and non-OPEC countries to come together and work together.

He noted that this initiative has caused widespread discussion in OPEC member and non-member countries, and it was with the support of the President of Azerbaijan that the OPEC Plus format was established in December 2016 in a short time. The Secretary General said that joint activities in the OPEC Plus format contributed to the stabilization of prices on world oil markets.

Speaking about our successful cooperation in the OPEC Plus format, Minister Jeyhun Bayramov noted that Azerbaijan is interested in continuing cooperation in this format. He noted that under the leadership of Secretary General Mohamed Barkindo, successful steps have been taken in the OPEC Plus format, and as a result, world oil prices have stabilized.

The sides discussed other issues of mutual interest.