Azerbaijan raises issue of impunity for perpetrators of Khojaly genocide at UN - ednews.net

Galaxy A13 5G European pricing leaks ahead of launch
Read: 235 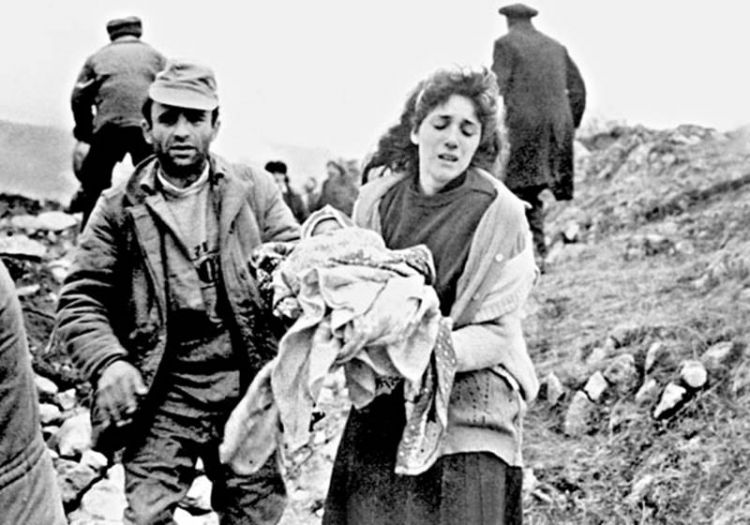 "The following month marks the thirtieth anniversary of the largest massacre during the conflict committed against the Azerbaijani residents of the town of Khojaly. As a result of the attack and capture of the town, hundreds of civilians, including women, children, and the elderly, were brutally killed or seriously wounded, taken hostage, and tortured, while the town was razed to the ground, Azerbaijan's Permanent Representative to the UN Yashar Aliyev said at a meeting of the UN Security Council on "War in Cities: Protection of Civilians in Urban Settings", Eurasia Diary reports citing Reourt News Agency.

"Over the years, a solid framework of legally binding rules has been developed to govern the conduct of hostilities. An evolving international jurisprudence has helped strengthen international law and has contributed to punishing most serious crimes, preventing their repeat, redressing the wrongs, promoting the rule of law, restoring peace, and advancing reconciliation. However, serious challenges remain. As the Secretary-General noted in his latest report on the protection of civilians (S/2021/423), armed conflicts continued to be characterized by high levels of civilian death, injury and psychological trauma, sexual violence, torture and disappearance, as well as damaged and destroyed homes, schools, markets, hospitals, and essential civilian infrastructure.

"Azerbaijan strongly condemns all attacks against civilians and violations of international humanitarian law.

"It goes without saying that armed conflicts fought in urban areas cause greater harm to civilians and essential infrastructure. Sometimes military force is used in such areas where there are no military targets or proportionate military advantage and where civilians and civilian objects are evidently targeted deliberately by employing weapons that expose civilians to a high risk of indiscriminate effect and by failing to take any precautions to limit such effect.

"Azerbaijan has seriously suffered from the devastating effects of the aggression committed against it by Armenia in the early 1990s. The breaches of protections accorded to civilians under international humanitarian law throughout the whole period of the war were not isolated or sporadic, as civilians and various populated areas in Azerbaijan were repeatedly subjected to similar attacks.

"The frequency and timing of the attacks, their deliberate targeting of the civilian population, infrastructure objects, homes, schools, and hospitals, the use of heavy explosive weapons and internationally banned cluster bombs against densely populated areas, and the resulting scale of destructions demonstrate the clear intent and purpose to terrorize and kill Azerbaijani civilians and force them to leave their homes and properties," Aliyev stated.