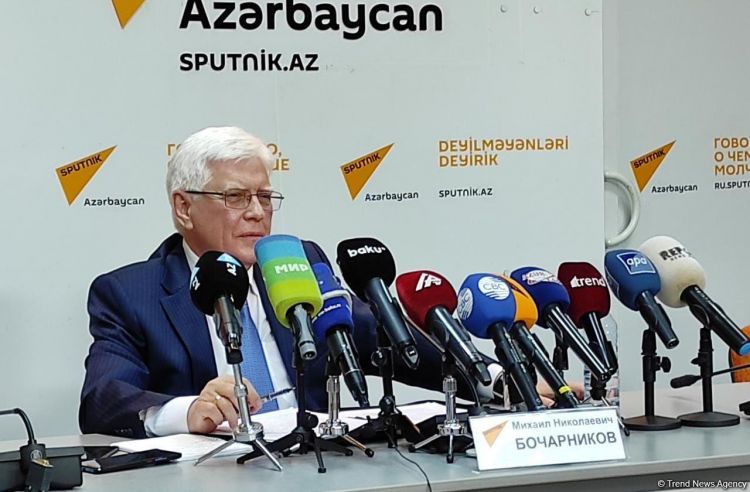 Russian ambassador to Azerbaijan Mikhail Bocharnikov has stated that the 3+3 format will help expand trade and economic cooperation among its member countries, Azerinews reports.

He made the remarks at a press conference in Baku on January 26.

"Last year, a promising 3+3 cooperation format was launched at the initiative of the presidents of Turkey and Azerbaijan…The interest of the participating countries lies in achieving the normalization and unblocking of transport communications. The first meeting was held in Moscow, where we saw the interest of the parties," Bocharnikov said.

He added that the meeting in this format will continue and that the format is still open for Georgia, even though it is unwilling to participate.

Bocharnikov stated that Azerbaijan's participation in any organization, including the Eurasian Economic Union (EAEU), is a matter of sovereign choice.

He stressed that the EAEU member states now have cooperation experience in the field of digital technologies, support for small and medium-sized businesses, and a number of countries are interested in joining this organization.

“We see that the integration of countries into the EAEU has been beneficial from an economic point of view…The total GDP of the EAEU member-states has grown by more than four percent, mutual trade - by 30 percent, export to foreign markets - by 41 percent,” he noted.