PKK desperate in the world - Ambiguous points behind the scene of European-Turkish relations - ednews.net 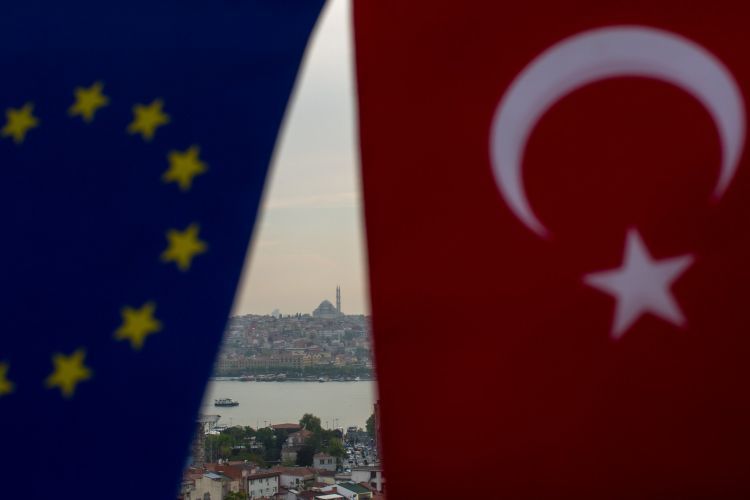 The British Supreme Court has ruled that the carrying of symbols associated with the PKK terrorist organization during the protests is a serious crime. The court has even severely punished three members of the terrorist organization who complained about it.
The court ruled that the complainants, Rahman Pwr, Ismail Akdogan and Rotinda Demir, have been detained for their appeal against the court decision over the protests against Turkey's 2018 border operation against the PKK and its Syrian branch.
The Supreme Court ruled that "each carried the flag of the PKK, an organization banned under the 2000 law."
However, the PKK has repeatedly made anti-Turkish calls and similar demonstrations in the country until the final decision of the British Supreme Court. The recent harsh punishment of the PKK in the West has raised some questions.
In his comments to EDNews, political expert Sadraddin Soltan said the West pretends to be the guarantor of anti-terrorism by suppressing the PKK.
"In this way, the West wants to present itself as a defender of Ankara. For this reason, I can say that what happened in Britain is directly related to Turkiye. Because Western countries used terrorist organizations in many operations against Turkiye. Assad's forces in Iran and Syria have even used the PKK as a tool. However, Turkiye's recent successful anti-terrorist operations have created a different situation against it. The West no longer sees the pressure of terror on Turkiye as useless. For this reason, particularly the EU has already changed its plan of cooperation with terrorists, and instead is trying to get closer to Turkey.
S.Soltan also revealed other reasons for Turkiye's growing influence in Europe. He said that Turkiye has gained a great confidence due to its many successful military operations against ISIS without violation of the territorial integrity of other neighbouring countries. In addition, Soltan attributed this to Turkiye's position on the growing tensions between the Belarus and Polish borders over Syrian and Afghan refugees few months ago.
"What has happened between Poland and Belarus in recent months has increased Turkiye's reputation," he said. "Turkiye is also a country that hosts more than 3 million refugees. That is why Europe is counting on it in all matters."
Noting that in March 2001, the United Kingdom added the PKK and its affiliates to the list of illegal organizations. According to the Interior Ministry, it banned all their activities, as well as membership in these groups or calls to support them.
In addition, the PKK is on the list of terrorist organizations by Turkey, the United States and the European Union.
The PKK has killed more than 40,000 people, including women, children and infants, in a more than 35-year terrorist campaign against Turkiye.
Elnur Enveroglu